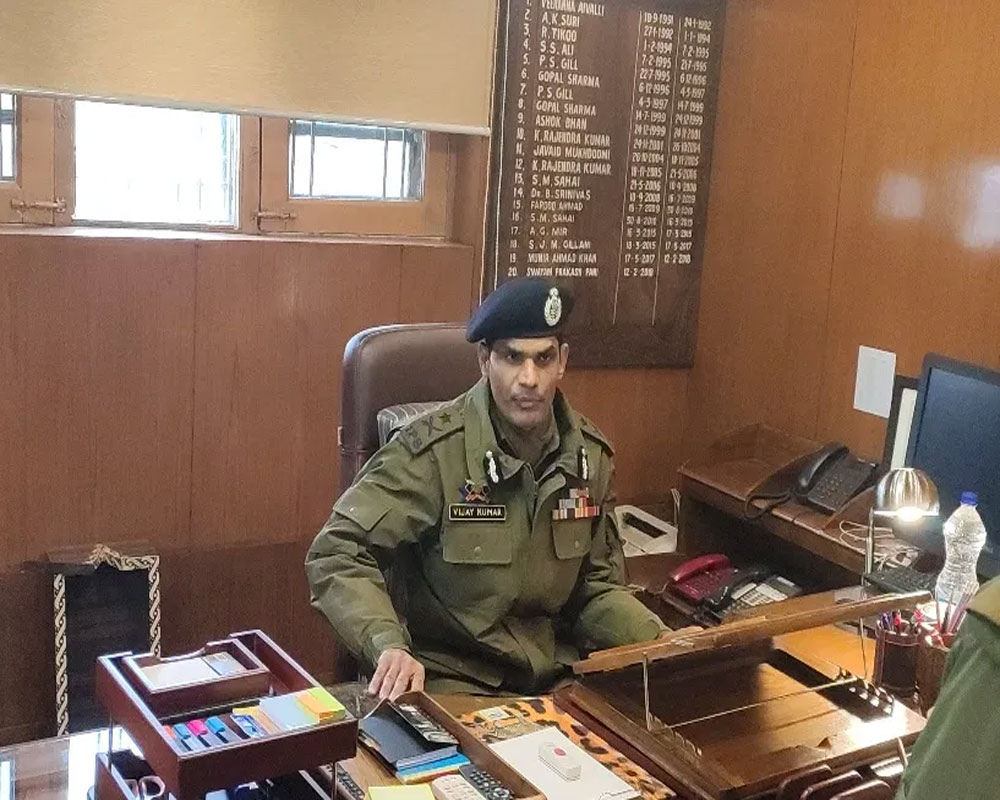 The terrorist attack on the home of a BJP leader in Nowgam area on Thursday that left his police guard dead was carried out by four Lashkar-e-Toiba (LeT) militants, a senior police officer said, asserting the attackers would be neutralised soon.

Kashmir Inspector General of Police (IGP) Vijay Kumar said two of the four have been identified, and they are from Srinagar city.

Kumar said one of the four militants was wearing a 'Burqa' (veil) and imitated a woman's voice while asking the guard at the residence of the BJP leader Anwar Ahmad to open the main door.

"There was one sentry on the main door and two cops in the guard room. As is clear from the CCTV footage, one terrorist wearing a 'Burqa' knocked on the main door and asked, imitating a woman's voice, for opening it," the IGP told reporters on the sidelines of a wreath-laying ceremony of the slain cop -- Rameez Raja -- at the Police Control Room here.

Kumar said when the sentry opened the door, two other militants fired indiscriminately on him and the fourth one decamped with his rifle.

"The militants came and fired indiscriminately, resulting in the on-spot death of the jawan,"  he said.

The IGP said two militants out of the four have been identified.

"Initially, we thought the one wearing a 'Burqa' was a lady, but when we analysed the CCTV footage closely, we found that it was not a lady, but a male and a terrorist. Two out of the four have been identified and are from Srinagar city.

"They belong to the LeT outfit.  One of them is Shahid Khurshid Dar. He is from Chanapora and is a categorized terrorist. The other is Obaid Shafi Dar. They both joined the LeT last year along with four others," he said.

"We will neutralise them soon after generating pinpoint intelligence," the IGP added.

He said security forces have been conducting several operations in the last three months, but "there has not been much success".

"We will increase the (anti-militancy) operations and strengthen the intelligence gathering and will soon neutralise them," Kumar said.