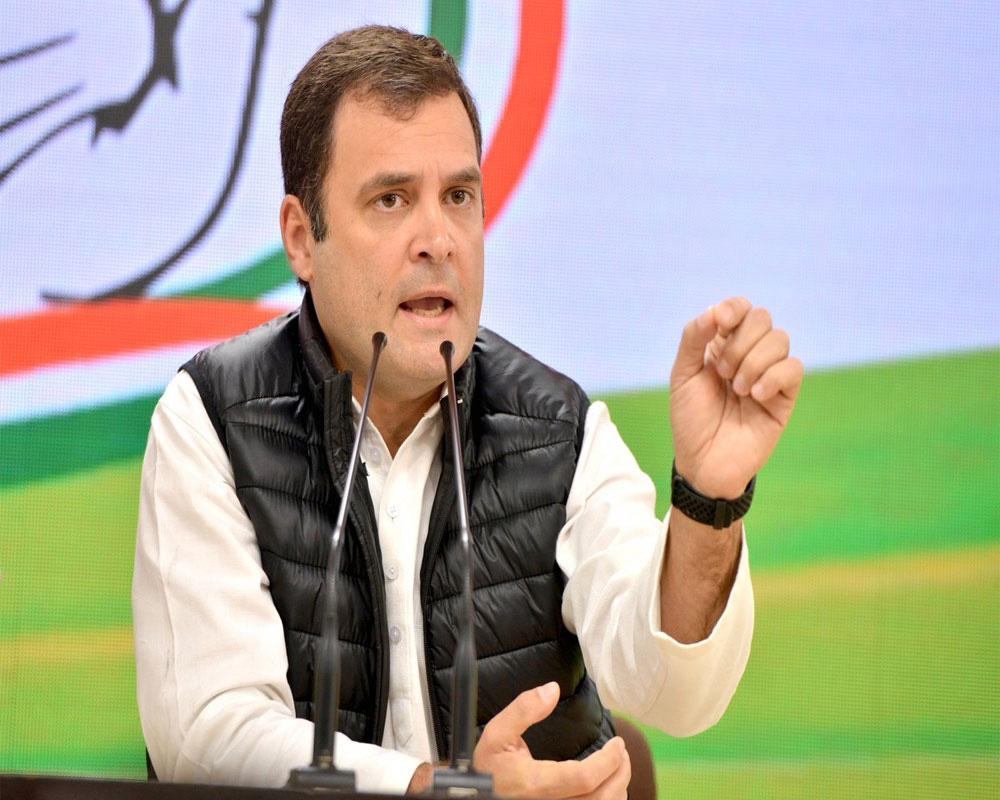 The Congress on Tuesday asked the government to accept the demands of the nine unions of public sector banks (PSBs) that are on a two-day strike to protest privatisation of two PSBs, and accused the Centre of working for the benefit of a few "crony capitalists".

He also accused the government of "privatising profit" and "nationalising loss".

Public sector bank employees began their two-day strike on Monday, employees of general insurance companies will strike on March 17, and Life Insurance Corporation (LIC) employees have given a strike call on March 18, Leader of the Opposition in Rajya Sabha and senior Congress leader Mallikarjun Kharge said.

Despite so many people going on strike and protesting the policy of privatisation, the government is neither listening to them nor looking to solve their problems.

The government has taken a decision to privatise two public sector banks without consulting the 75 crore account holders, Kharge told reporters outside Parliament.

He said top 14 banks were nationalised by former prime minister Indira Gandhi so that the poor and small and medium businesses can make use of them.

"By merging all these banks one by one, they (the government) are trying to put them in losses and then make the private players enter by citing losses," said Kharge, flanked by party MPs Shaktisinh Gohil and Syed Nasser Hussain.

The government wants to hand over the country's wealth to a few by privatising nationalised banks, he alleged.

Out of the 13 lakh bank employees, there are several people from poor sections of the society, from the SC, ST and OBC categories who are also being "betrayed".

"We raised these issues in the House and also demanded a reply from Finance Minister Nirmala Sitharaman. She seemed to be in the mood to reply at first but I don't know what happened later," Kharge said.

"We demand that the government should come clean on the issue. The demands of the workers of the nationalised bank must be accepted," he said.

The Congress had on Monday extended its full support to the two-day strike call given by bank employee unions and said the Narendra Modi government is squarely responsible for the inconvenience caused to people.