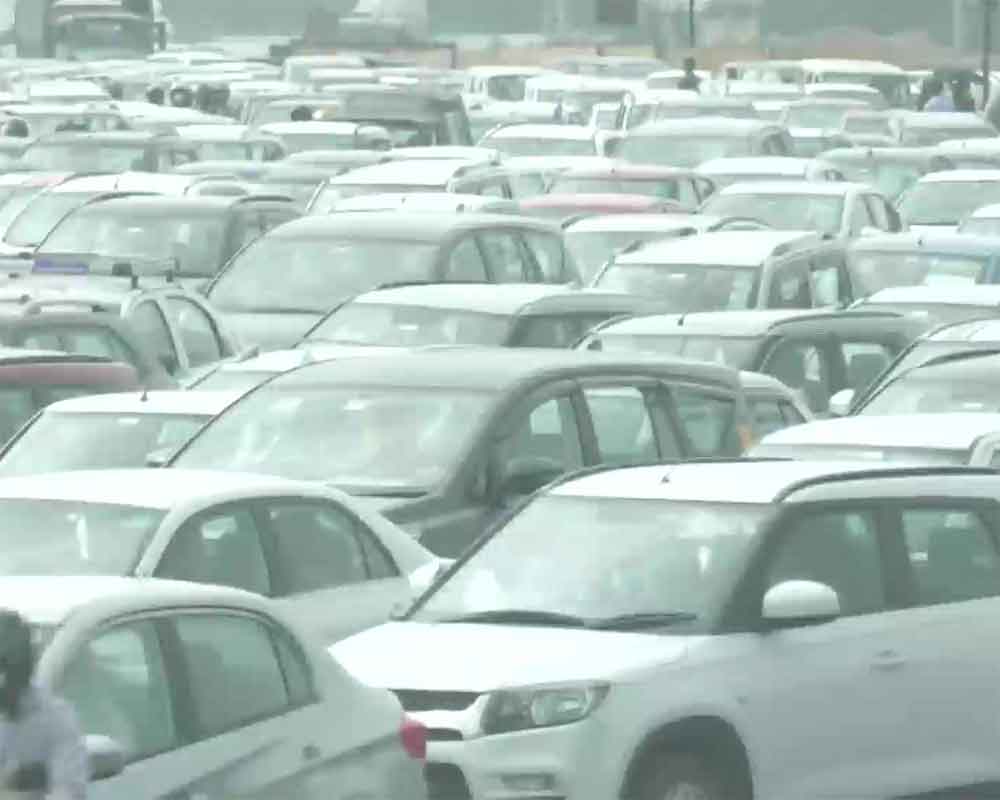 Parts of the national capital witnessed traffic snarls on Monday morning as police closed some key roads to prevent any untoward incident during the Bharat Bandh called by farm unions against the Centre's three farm laws.

The Delhi Police has increased security checks at its border points which led to the slowing down of traffic and it informed commuters about road closures and traffic snarls on Twitter.

According to police, roads around the historic Red Fort as well as the dual carriageway at Ghazipur border were closed for traffic.

“Due to blocking of National Highway 24 and 9 by protesters, commuters coming from Sarai Kale Khan can take alternate route for Ghaziabad i.E. Vikas Marg for Ghaziabad and for Noida via DND,” the traffic police said on Twitter.

“The Ghazipur border is closed for traffic from both sides due to farmers' protests. Commuters wishing to commute to and fro between UP and Delhi may use DND flyway, Vikas Marg, Signature bridge, and Wazirabad road. Traffic on NH 24 and 9 is being diverted towards Maharajpur, Apsara and Bhopura borders,” it tweeted.

According to police, the traffic is heavy at the Kalindi Kunj flyover and Kalindi Kunj metro station while it is moving slowly on DND flyway. The traffic is also heavy at Rajokri toll plaza as the local police have set up a checkpoint for vehicles.

The Delhi Police has beefed up security in border areas of the national capital.

Samyukta Kisan Morcha, the umbrella body of over 40 farm unions spearheading the farmers' agitation, had earlier appealed to the people to join the bandh.

A senior police officer said adequate security arrangements have been made to maintain the law an order situation and prevent any untoward incident in the national capital during the bandh.

Patrolling has been intensified; extra personnel have been deployed at the pickets especially across the border areas and every vehicle entering the national capital is being thoroughly checked, according to the police.

No protester is being allowed to enter Delhi from the three protest sites at the city's borders, the official said.