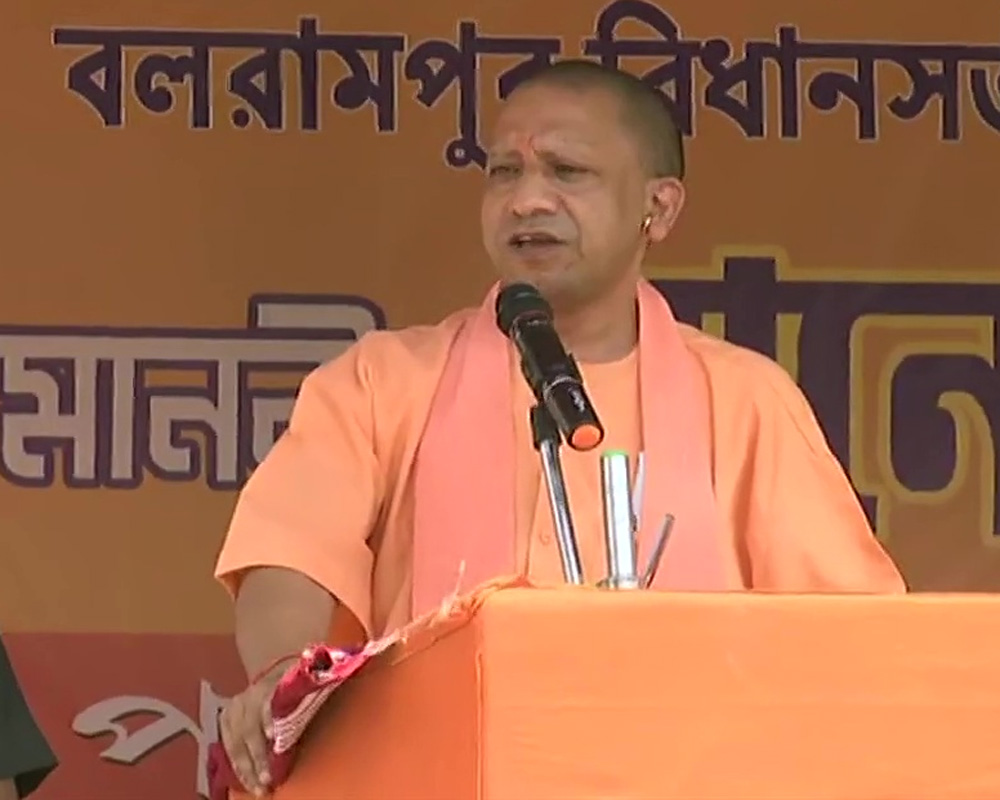 Uttar Pradesh Chief Minister Yogi Adityanath on Tuesday said his West Bengal counterpart Mamata Banerjee has been forced to take to 'Chandi Path' publicly and visit temples due to the change in people's mindset after the BJP came to power at the Centre.

He also criticised Congress leader Rahul Gandhi over his visits to temples in poll-bound states.

Speaking at an election rally at Balarampur in Purulia district, the star campaigner of the saffron party said, a sect of people was created in the country, before the BJP-led government assumed power at the Centre in 2014, who believed that even visiting temples would pose a threat to their secular credentials.

"A change has come... Even Mamata didi has started visiting temples and taken to 'Chandi Path'. Isn't this a change? This is new India. Each and every person has to go to God.

"Congress leader Rahul Gandhi also goes to temple during election time. And a priest had to tell him to sit in a correct posture when he (Rahul Gandhi) went there," the UP chief minister said.

The 'Chandi Path' is one of the most ancient and complete systems of mantra worship of the divine mother goddess in the Hindu tradition.

Adityanath also criticised the Trinamool Congress (TMC) dispensation in West Bengal for not implementing various schemes of the central government.

Urging the people to vote for the BJP in the approaching assembly polls in West Bengal, Adityanath said, if voted to power, the BJP will punish those behind the "killing of party activists in the state".

"This is the land of (Swami) Vivekananda, Rabindranath (Tagore), Syama Prasad (Mookerjee) which has inspired the entire country. But now it is the land of TMC-promoted goons and 'tolabaaj'(extortionists).

"I think the days of Mamata didi's government are numbered. The people of the state have made up their mind in voting them out of power. Only 45 days are left for them," he said.

The 294 assembly seats in West Bengal will go to the polls in eight phases beginning on March 27 and the votes will be counted on May 2.