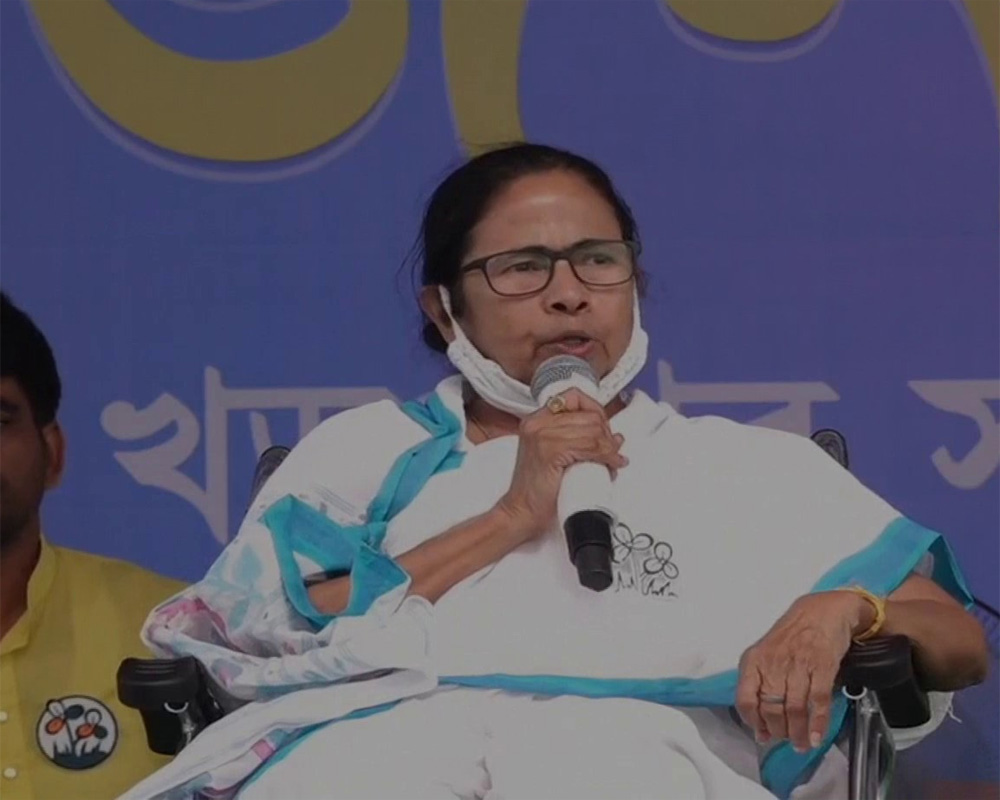 Alleging that the BJP was bringing in goons from outside to stop people from exercising their franchise in Bengal, Chief Minister Mamata Banerjee on Saturday urged women to "confront the hoodlums with ladle, spatula" and other cooking utensils.

Addressing two public rallies at Narayangarh and Pingla in West Midnapore district, the TMC boss dubbed bete noire Suvendu Adhikari and his family as "traitors", and claimed that one member of the household was seen distributing money among people on Friday night, hours before 30 assembly constituencies of the state went to polls.

"Yesterday, one of the Adhikari brothers was seen distributing money... Women in the area caught him red-handed and asked the police to arrest him. They also handed over 30 goons, all hired from outside, to the police," she said.

Banerjee asserted that the saffron party's fate will be sealed after the first phase of the polls.

"The BJP is bringing in goons from outside Bengal to places where the party has some foothold. I will urge the women of the state to come out with 'hata and khunti' (ladle and spatula) and confront the hoodlums."

She further requested the Election Commission to ensure that the assembly polls are conducted in a fair manner.

"Delhi's Amit Shah wants to conduct the polls in Bengal. With due respect to the Election Commission, I urge the poll body to see to it that the elections are held in a free, fair and impartial manner," the CM underlined, taking a swipe at the home minister.

The TMC chief also said that she will be putting up in Purba Medinipur's Nandigram constituency, where polls are scheduled on April 1, to keep an eye on the activities of 'Mir jafars' (traitors).

Three members of the Adhikari family -- which wields considerable influence in Purba Medinipur -- have quit the TMC and joined the saffron camp over the past few months.

Banerjee is locked in a fierce battle against her former lieutenant Suvendu Adhikari in Nandigram.

"I was responsible for giving them plum positions in public offices. They, however, betrayed the TMC and crossed over to the BJP... They were lured with money," she added.