Continued denial of representation of African states in permanent UNSC membership is blot on collective credibility of UN body: Jaishankar

Continued denial of representation of African states in permanent UNSC membership is blot on collective credibility of UN body: Jaishankar 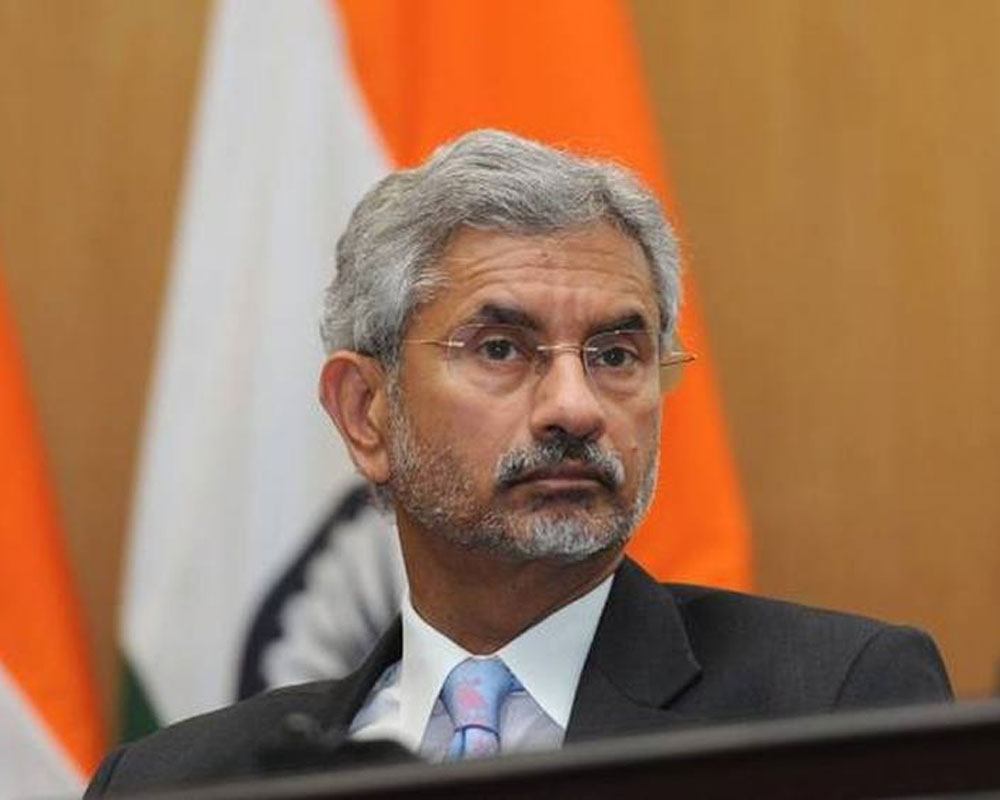 India said on Thursday that the continued denial of representation of African states in the permanent membership of the UN Security Council is a "blot" on the collective credibility of the Council, as it emphasised that those responsible for “denial by delay” and perpetuating an historical injustice must be called out.

External Affairs Minister S Jaishankar made the remarks while speaking at the Security Council open debate on ‘Cooperation between UN and Sub-regional Organizations (African Union) via video link.

"The international community needs to pay close attention to the African voice and wisdom. No one can know Africa better than Africans themselves. We have seen from history that offering ‘external' solutions to African problems without African involvement, has not served the interests of the African people. This skewed approach needs to change,” Jaishankar said.

He asserted that that change should begin in the Security Council itself. Noting that nearly 70 per cent of Chapter VII mandate resolutions are on Africa, Jaishankar said a strong and effective partnership between the United Nations with the African Union (AU), has to be the foundational edifice.

Chapter VII of the UN Charter focuses on ‘Action with Respect to Threats to the Peace, Breaches of the Peace, and Acts of Aggression.'

While there are existing mechanisms of cooperation broadly based on the principles enshrined in the Chapter VIII of the UN Charter on Regional Arrangements, Jaishankar said, “what is glaring is the fact that while African states constitute more than one-fourth of the UN membership, their continued denial of representation in the permanent category of membership, is a blot on the collective credibility of this Council.”

Jaishankar said India has always supported the Ezulwini consensus and called for permanent African representation in an expanded Council, and underlined that those who are responsible for “denial by delay” and perpetuating an historical injustice must be called out.

India, currently serving a two-year term as a non-permanent member of the 15-nation Council, has been at forefront of efforts to push for urgent reform and expansion of the Security Council saying that the most powerful UN organ in its current form does not reflect the contemporary realities of the 21st Century.

The G4 nations of India, Brazil, Germany and Japan, meeting on the sidelines of the high-level UN General Assembly session in September had expressed their strong support to the Common African Position (CAP) as enshrined in the Ezulwini Consensus and the Sirte Declaration.

Jaishankar said that in today's African continent, democratic values are driving efforts to effectively address the challenges of peace and security. This is clearly evident through AU's increased role within the framework of the African Peace and Security Architecture (APSA) and in the success of AMISOM in Somalia, as well as through its mediation efforts in Libya.

“We need to be cognizant of this reality and this spirit of burden sharing must continue to drive the agenda of peace and security,” he said.