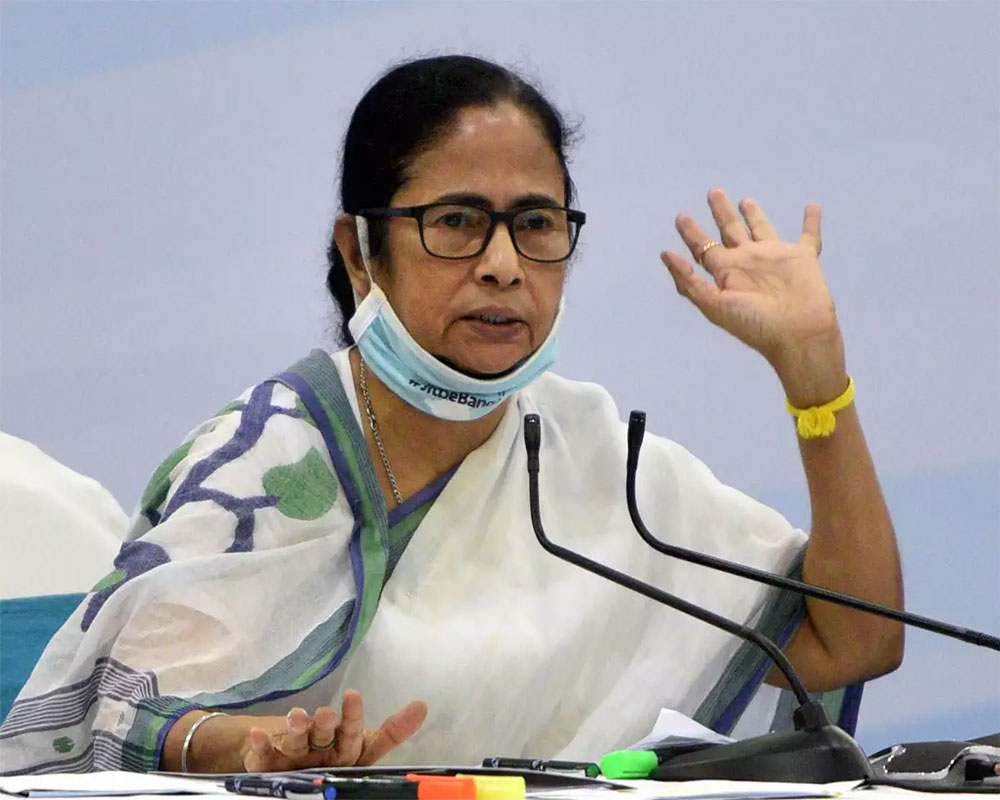 West Bengal Chief Minister and Trinamool Congress supremo Mamata Banerjee on Wednesday alleged that the CRPF personnel are harassing voters in the state at the behest of Union Home Minister Amit Shah.

Addressing a rally here in Cooch Behar district, she accused personnel of the central force of molesting women and beating people during the ongoing assembly elections.

"They are obstructing electors to cast their votes. Union Home Minister Amit Shah has instructed them to do so," Banerjee alleged.

She claimed at least 10 people have been killed in the state during the ongoing polls.

"The Election Commission is running the administration. Please see that nobody is killed during the polling process. I request you to monitor CRPF personnel who are on duty now in the state. They should not be allowed to harass women. There are cases of girls being molested by the central force employees," she said.

Five candidates, including two women, were assaulted, while clashes between rival political groups erupted during the third phase of polling in the state on Tuesday.

Television grabs showed TMC nominee in Arambagh Sujata Mondal being chased in an open field by people wielding sticks and iron rods and then hitting her on the head with sticks. Her security officer was also injured.

Other candidates who were allegedly attacked or heckled during the day were Papiya Adhikary and Swapan Dasgupta of the BJP and Dr Nirmal Maji and Najmul Karim of the TMC.