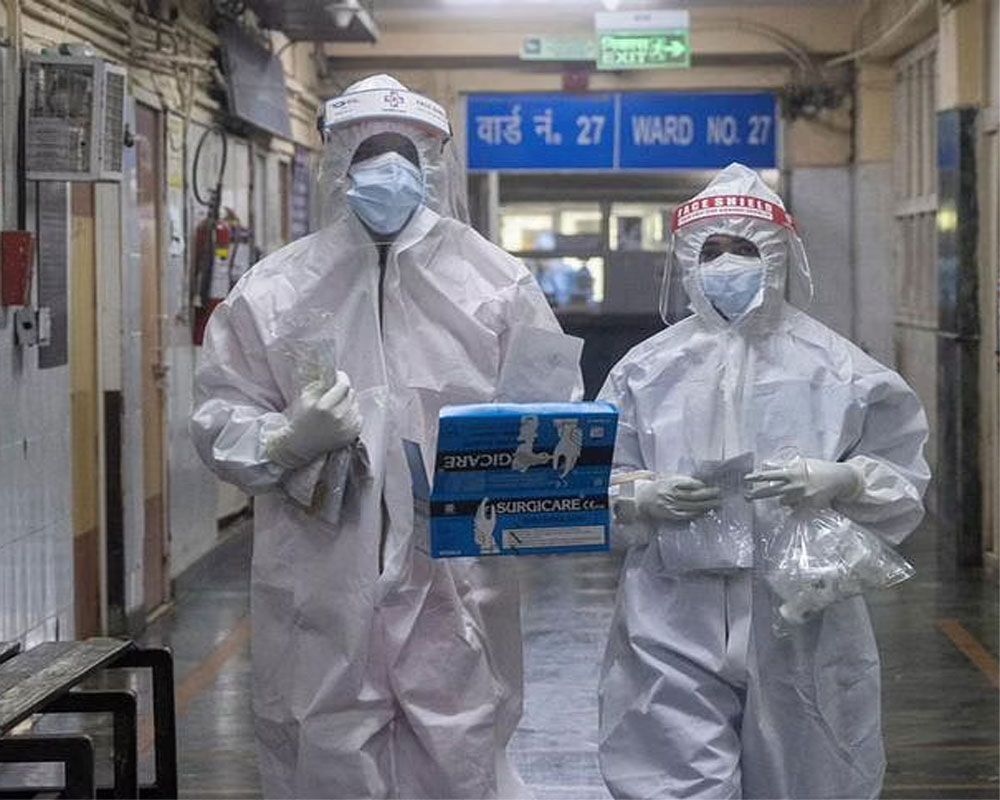 No death due to COVID-19 was recorded in Delhi on Thursday, while 51 fresh cases were reported with a positivity rate of 0.08 per cent, according to data shared by the city health department.

This is the third time, since the starting of the second wave of the pandemic in the national capital, that zero fatality has been logged in a day.

On July 18 and July 24 too, no death due to COVID-19 was recorded, according to official data, while 51 and 66 cases were reported, respectively.

On March 2 this year, the national capital had reported zero death due to the virus. On that day, the number of single-day infections stood at 217 and the positivity rate was 0.33 per cent.

The second wave swept the city during April-May period.

On Thursday, the city registered 51 cases and zero fatality, while the positivity rate stood at 0.08 per cent, according to the latest bulletin.

The death toll in the city on Wednesday had stood at 25,049.

On Wednesday, the city had registered 67 cases and three fatalities, while the positivity rate was 0.09 per cent.

The infection rate which had reached to 36 per cent in the last week of April, has come down to 0.08 per cent now.

On February 16, ninety-four people were diagnosed Covid positive while the daily tally was 96 on January 27, according to official figures.

Despite fall in daily cases in the last several days, Chief Minister Arvind Kejriwal had recently cautioned that the chances of the third wave of the COVID-19 pandemic were quite real, while he asserted that his government was preparing on a "war-footing" to combat it.

The Delhi Disaster Management Authority (DDMA) recently had passed a colour-coded response action plan under which curbs will be implemented in accordance with the severity of the COVID-19 situation here to deal with a possible third wave of the pandemic.

Delhi had been reeling under a brutal second wave of the pandemic that is sweeping the country, claiming a massive number of lives daily, with the recent oxygen supply shortage issue at various hospitals, adding to the woes.

Since April 19, both daily cases and single-day deaths count had been spiralling up, with over 28,000 cases and 277 deaths recorded on April 20; rising to 306 fatalities on April 22. On May 3, the city registered a record 448 deaths, as per the official data.

However, the number of cases have shown a downward trend and the positivity rate too has been shrinking in the last several days. The number of deaths per day, has also been showing a decline in the last couple of days.

On May 15, Kejriwal had said, "The virus is reducing in Delhi slowly and steadily, and I hope it diminishes completely and does not rise again. However, we are not going to become negligent in anyway", while sounding a tone of caution.

Following the relaxations in norms, the Delhi Metro is running with full seating capacity from July 26, with still no provision for standing travel for commuters.

The number of cumulative cases on Thursday stood at 14,36,144. Over 14.1 lakh patients have recovered from the virus.

The number of active cases decreased to 554 on Thursday from 573 a day before, the bulletin said.