Despite 2 approved vaccines, 69% Indians hesitant to take them

Despite 2 approved vaccines, 69% Indians hesitant to take them 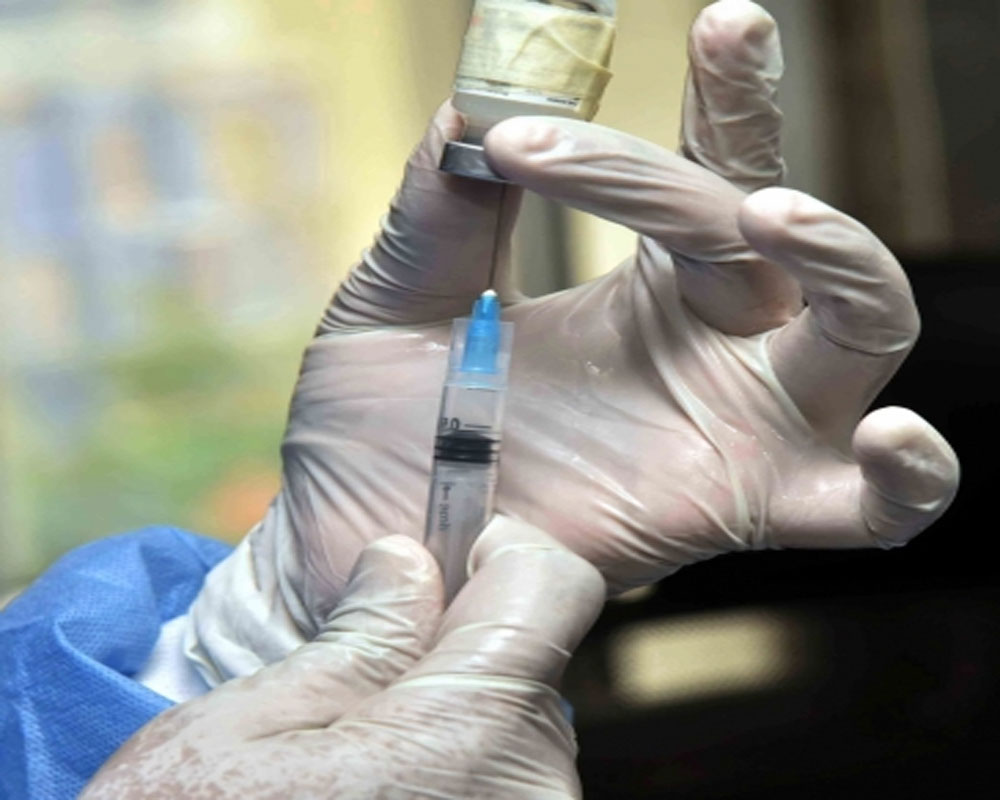 Even as India gears up for the mass-vaccination drive which is slated to begin within few days, about 69 per cent are still hesitant to take the Covid-19 shots, a survey revealed on Wednesday.

The Drugs controller General of India (DCGI), on Sunday, announced approval of two vaccines -- Oxford-AstraZeneca's Covishield manufactured by Serum Institute of India and Bharat Biotech's Covaxin -- against coronavirus infection for restricted emergency use.

The survey conducted by 'LocalCircles' in January has concluded that Indians' hesitancy over Covid-19 vaccines remains unchanged in November and December 2020, with 69 per cent maintaining that they will not rush to take it.

To the question that received 8,723 responses, only 26 per cent of citizens said that they will get it as soon as it becomes available via private or any healthcare channels, while five per cent said they are for health or frontline workers and will get themselves vaccinated on priority through government channels.

The survey result indicated that the hesitancy of citizens remains unchanged at 69 per cent unwilling to take it despite two vaccines receiving the regulator's green signal for vaccination.

This percentage remains unchanged with the result published in December 2020. In November and October 2020 surveys, 59 per cent and 61 per cent of citizens were hesitant to take the vaccine.

India's drug regulator has reportedly given the green signal to Bharat Biotech's Covaxin for administration on children above 12 years old.

When LocalCircles asked parents: "If the Covid-19 vaccine is made available for school children, would you consider giving it to your child or grandchild?" Only 26 per cent Indian parents approved of their children receiving the vaccine if it is made available by April 2021, or before school session.

Further 56 per cent of parents voted "Will wait three months or more and then consider based on data or findings", while 12 per cent said "No". The survey to the question received 10,468 responses.

This is noteworthy because it suggests that a large majority are hesitant at this point to give a Covid vaccine to their children.

With 69 per cent parents in a LocalCircles survey saying they want schools to open from April 2021 or after, it is clear that with declining caseloads parents are becoming more comfortable to send children to school and only a small per cent, i.e., 26 per cent are seeking vaccine safety for their children.

On Tuesday, the Union Health Ministry had said that it is prepared to roll out the coronavirus vaccine by January 13, paving way for mass-vaccination drive in the country.

The announcement is a major relief for India which has the second highest number of infections in the world, after the US.

The vaccine will be first offered to one crore healthcare workers, along with two crore frontline and essential workers and 27 crore elderly, mostly above the age of 50 years with co-morbidities.

On Saturday, Union Health Minister Harsh Vardhan had announced that one crore healthcare workers, along with two crore frontline workers will get the vaccine for free.