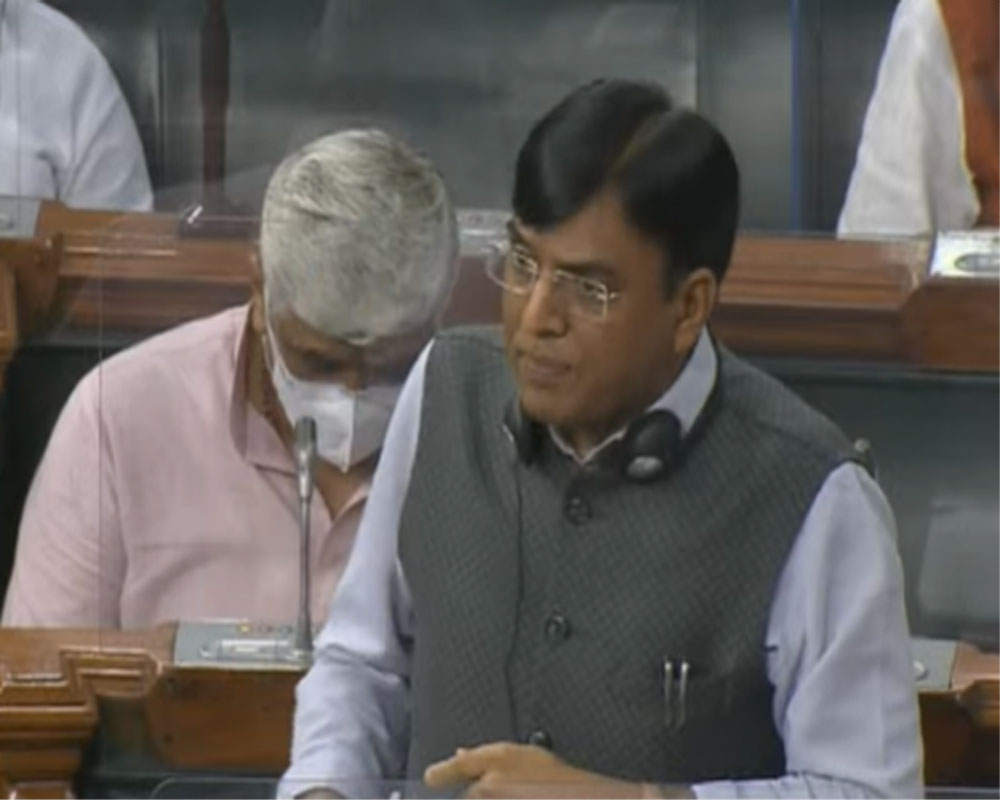 Union Health Minister Mansukh Mandaviya on Friday appealed to Opposition parties not to play politics on the issue of COVID-19 vaccines and asserted that everyone should work together to ensure people are vaccinated against coronavirus.

Responding to supplementaries during Question Hour in Lok Sabha, the minister said the government is still in talks with US company Pfizer with respect to making its vaccine available in India.

"There should be no politics on the issue of COVID and vaccination. The prime minister has said this several times," Mandaviya said in response to a question asked by Shiv Sena MP Rahul Shewale.

"I will also not want to indulge in politics on this issue but I want to present the facts," he said, adding that the prime minister till date has held over 20 meetings and discussions with the state governments and chief ministers.

He said some opposition-ruled states raised the issue that health is a state subject and they should be taken into confidence.

"Many said Health is a state subject, states said we also need permission to buy vaccines. We said that we have no problem with this. The states said that we want to go out for tender to buy the vaccine. Modi ji said that we are ready to do whatever help is needed," the Health minister said.

He said accordingly, the states were allowed to buy 25 per cent and 25 per cent by the private (sector). The Centre was to procure 50 per cent for the people.

"For the 25 per cent, states issued tenders and we said we will provide all possible help. The suppliers were limited and the Indian government too was holding talks," he said.

Many issued global tenders. But there were only two Indian companies which had started vaccine manufacturing, the Serum Institute of India (Covishield) and Bharat Biotech (Covaxin), Mandaviya said.

He added that Moderna has registered in India and taken permission. Johnson and Johnson has tied up with Biological E and work on technology transfer has begun.

In a meeting with the states, the chief ministers said they were not getting adequate supply of vaccines and the Centre should procure 25 per cent, which the states were to earlier acquire, of the vaccines.

So a new policy came into being from June 21 under which the Centre deciced to vaccinate all the citizens, he said.

"The issue is about politics. There should be no politics on this issue. Our goal is to vaccinate 100 per cent people above the age of 18 years. We all need to work on it together. It is not the time to indulge in politics," Mandaviya, who assumed charge of the Health ministry earlier this month following a Cabinet reshuffle, said.

He said those spreading confusion should be stopped from doing so and and the public should be connected with the free vaccination campaign.