Farmers' tractor rally to go ahead as planned on Republic Day: Union leaders

Farmers' tractor rally to go ahead as planned on Republic Day: Union leaders 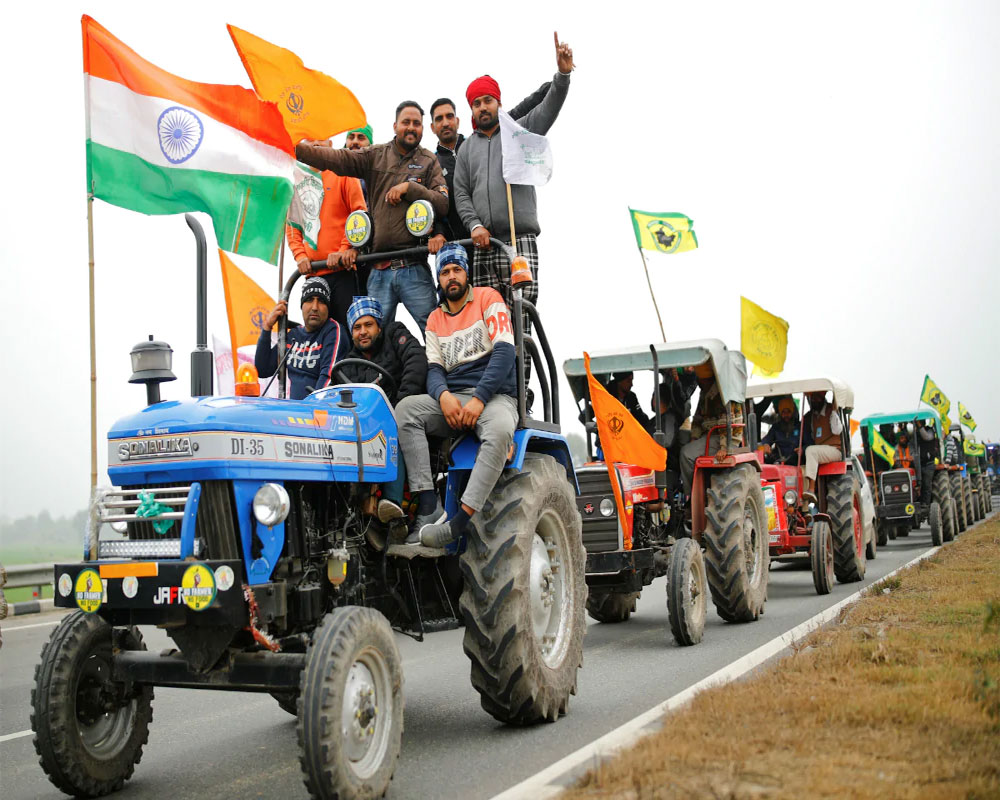 Protesting farmer leaders said on Friday their proposed January 26 tractor rally will take place on Delhi's busy Outer Ring Road as decided earlier, after their eleventh round of talks with the government ended in a deadlock.

Coming out of the meeting, farmer leader Balbir Singh Rajewal said it is for the government to ensure that the rally is peaceful.

"Tractor march on January 26 will take place as decided by us on Outer Ring Road. We have informed the police that it is for the government to ensure that it should be peaceful," Rajewal said.

The government's negotiations with protesting farm unions hit a roadblock on Friday as protesting unions stuck to their demands for a complete repeal of three farm laws, even after the Centre asked them to reconsider its proposal for putting the Acts on hold for 12-18 months.

Unlike the last 10 rounds of talks, the 11th round could not even reach a decision on the next date for the meeting as the government also hardened its position saying it is ready to meet again once the unions agree to discuss the suspension proposal.

Union leaders said they will intensify their agitation while keeping it peaceful.

Thousands of farmers, mostly from Punjab and Haryana, have been camping at several Delhi border points since November 28, demanding a repeal of three farm laws and a legal guarantee on minimum support price for their crops.