Fire breaks out at garment factory in Delhi's Okhla

Fire breaks out at garment factory in Delhi's Okhla 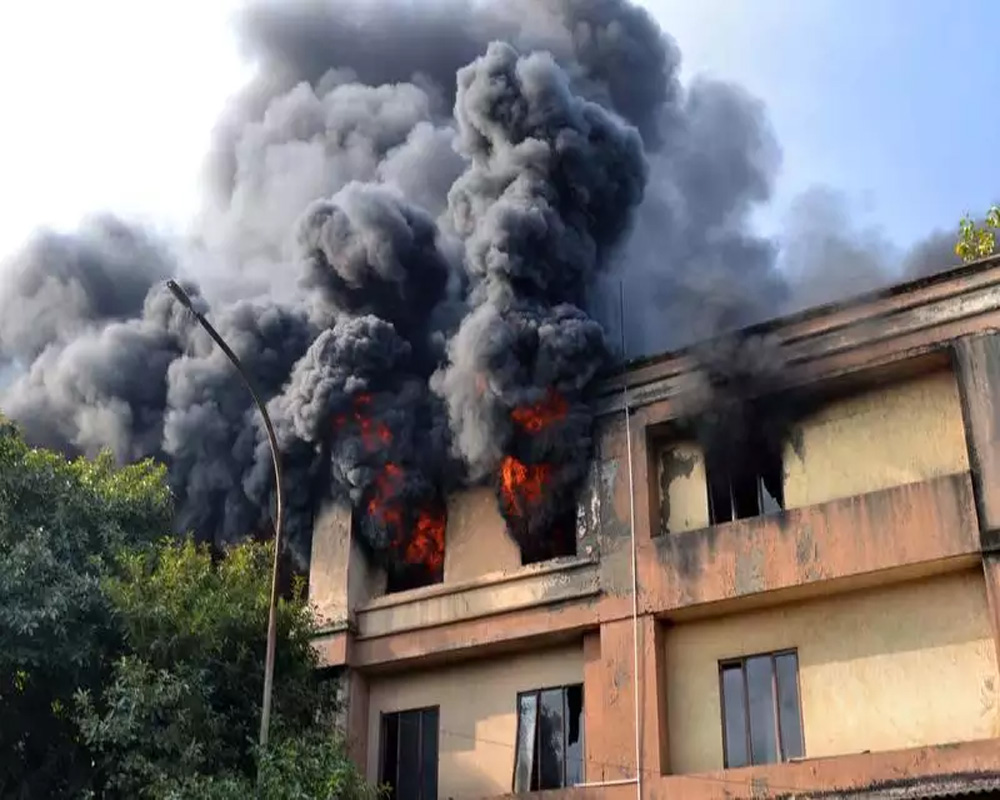 A fire broke out at a garment factory in southeast Delhi's Okhla Phase 1 on Friday evening, a Delhi Fire Service official said.

No injuries have been reported in the incident so far, he said.

The Fire Department said it received a call about the blaze at 4.20 pm, following which 15 fire tenders were pressed into service.

Fire-fighting operations are underway, the official said, adding that the cause of blaze is not known yet.