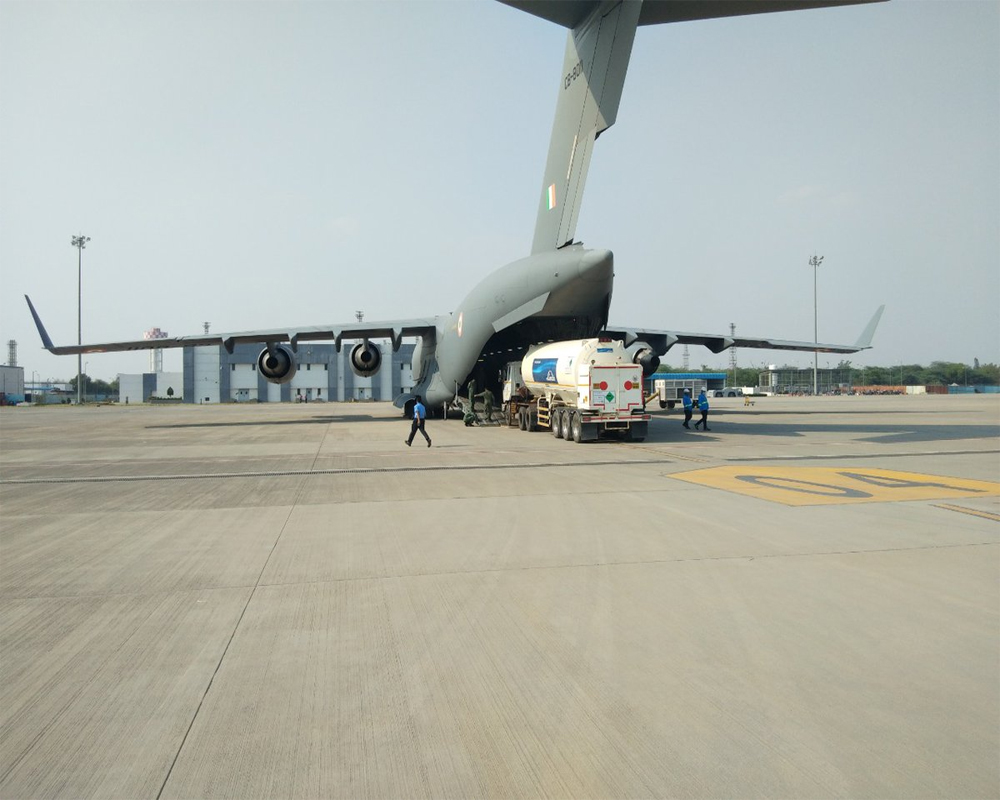 The Indian Air Force (IAF) airlifted nine cryogenic oxygen containers from Dubai and Singapore and has brought them to the Panagarh air base in West Bengal, according to an official statement issued on Wednesday.

These containers were brought on Tuesday, it said.

In addition, the IAF's C-17 aircraft on Tuesday also airlifted two cryogenic oxygen containers from Indore to Jamnagar, two from Jodhpur and Udaipur to Jamnagar and two from Hindon to Ranchi, it said.

The IAF also airlifted eight cryogenic oxygen containers from Hyderabad to Bhubaneswar, two from Bhopal to Ranchi and two from Chandigarh to Ranchi, it said.

India is struggling with the second wave of the coronavirus infection and hospitals in several states are reeling under a shortage of medical oxygen and beds in view of a rising number of COVID-19 cases.

The IAF has been airlifting empty oxygen tankers and containers to various filling stations across the country to speed up the distribution of the much-needed medical oxygen in treating COVID-19 patients.