India, China should be able to achieve status quo in eastern Ladakh in gradual manner: CDS

India, China should be able to achieve status quo in eastern Ladakh in gradual manner: CDS 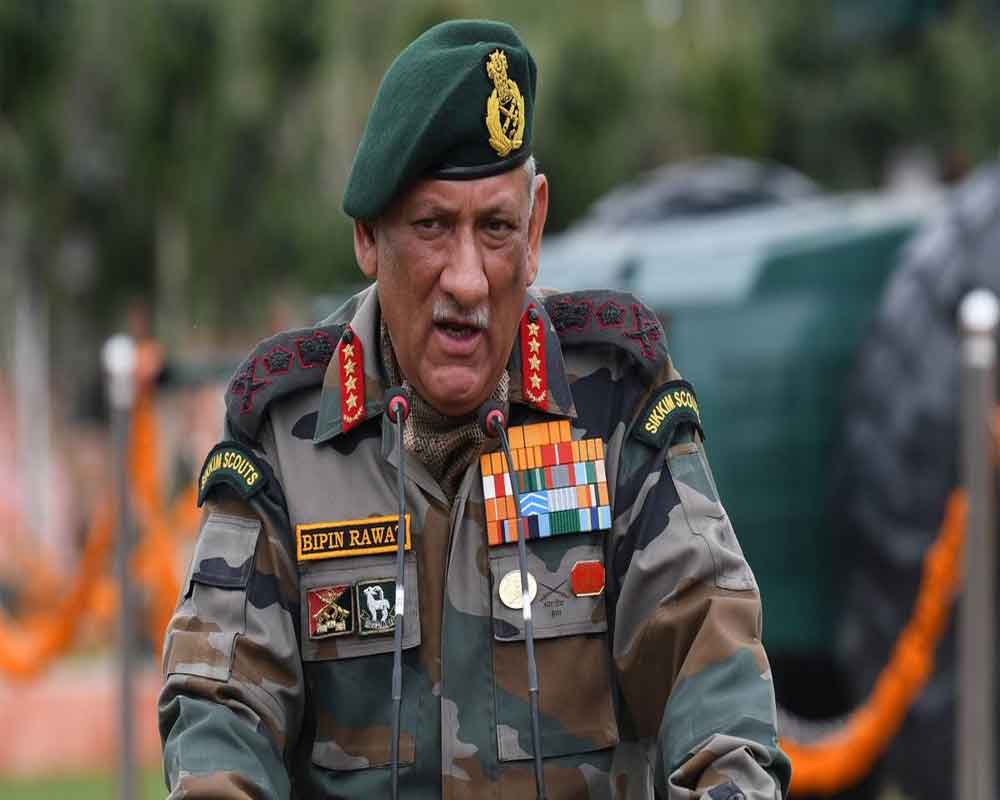 India and China should be able to achieve status quo in eastern Ladakh in a gradual manner as both sides understand that it is in the best interest of ensuring peace and tranquillity in the region, Chief of Defence Staff Gen Bipin Rawat said on Friday.

In an address at a think-tank, Gen Rawat, at the same time, said that India must remain prepared for "any misadventure" and respond accordingly as it has done in the past

"All I would say that keep your guard up, remain prepared; do not take things lightly. We must also be prepared for any misadventure and respond accordingly. We have responded in the past and will do so in the future," he said replying to a question.

About the resolution of the prolonged standoff, Gen Rawat said both sides are engaged in negotiations political, diplomatic and military levels to resolve the row.

"Therefore, both the nations understand that returning to the status quo is in the best interest of ensuring peace and tranquillity to which our nation is committed," he said.

Asked whether China has gone back on its word on disengagement from remaining friction points, he said there is suspicion on both sides and India too moved a large number of troops and resources there.

"They will stand up to what they worth. I think that is what has been realised."

India and China on June 25 held another round of diplomatic talks on the border row during which they agreed to hold the next round of military talks at an early date to achieve the objective of complete disengagement in remaining friction points in eastern Ladakh.

At the virtual meeting of the Working Mechanism for Consultation and Coordination (WMCC) on border affairs, the two sides had a "frank exchange" of views and decided to maintain dialogue to reach a mutually acceptable solution for withdrawal of troops in all friction points to enable progress in the overall ties, according to the Ministry of External Affairs (MEA).

India and China were locked in a military standoff at multiple friction points in eastern Ladakh since early May last year. However, the two sides completed the withdrawal of troops and weapons from the North and South banks of Pangong lake in February following a series of military and diplomatic talks.

The two sides are now engaged in talks to extend the disengagement process to the remaining friction points. India has been particularly pressing for disengagement of troops in Hot Springs, Gogra and Depsang.

India has been insisting on returning to the status quo of April 2020 in the region.

According to military officials, each side currently has around 50,000 to 60,000 troops along the Line of Actual Control in the sensitive sector.

There was no visible forward movement in disengagement of troops in the remaining friction points as the Chinese side did not show flexibility in their approach on it at the 11th round of military talks.