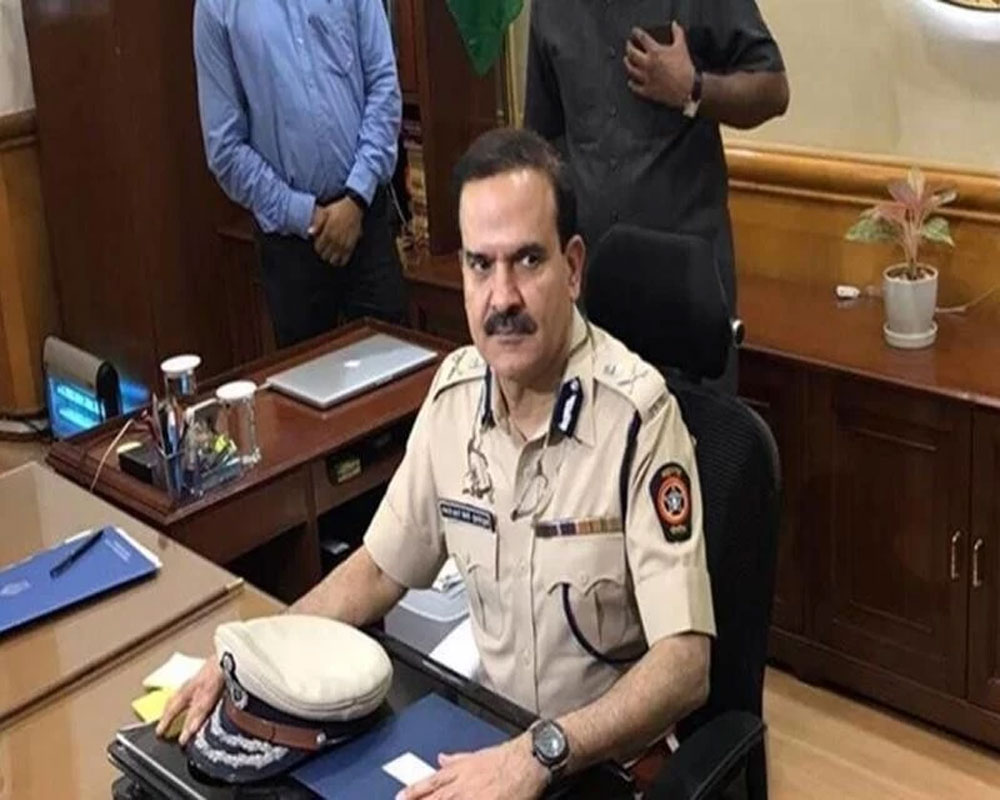 The senior IPS officer, who was transferred to the low-key Home Guards this week following the arrest of police officer Sachin Waze in the case related to the bomb scare near Mukesh Ambani's house Antilia, said he was made a scapegoat.

Responding to the "letter scare" which came days after the Antilia security scare, Deshmukh, NCP leader from Vidarbha region, said Singh was hurling false accusations "to save his skin" in the Waze case.

In an eight-page letter to Chief Minister Uddhav Thackeray, Singh alleged that Deshmukh used to call police officers to his official residence and give them a "collection target" from bars, restaurants and other establishments.

Singh claimed that Waze, who headed Mumbai police Crime Intelligence Unit, was called by Deshmukh many times in the last few months and repeatedly instructed to assist in collection of the funds.

The IPS officer claimed that the minister told Waze that he had set a target of collecting Rs 100 crore a month, half of it from nearly 1,750 bars, restaurants and similar establishments operating in the city.

Singh also claimed that Deshmukh "from day one" wanted a case of abutment of suicide to be registered in Mumbai after the death of Dadra and Nagar Haveli MP Mohan Delkar in a Mumbai hotel last month.

"A collective appraisal of events that have transpired and what is being pointed out by me makes it clear that I have been made a scapegoat to divert attention from the actual wrongdoers," Singh's eight-page letter said.

The minister rejected Singh's allegations, claiming that the former Mumbai police chief was trhing to save himself from further action with false claims.

"In the Mukesh Ambani case and the Mansukh Hiran death case, Sachin Waze's involvement was established and the trail was to reach Param Bir Singh. It is due to this possibility that these allegations have been leveled," Deshmukh said.

On Thursday, a day after Param Bir Singh was shunted out, Deshmukh had said he was transferred after some of his colleagues committed "serious and unforgivable mistakes".

BJP leader and former Maharashtra chief minister Devendra Fadnavis sought Deshmukh's the resignation over the claims made by the IPS officer.

"We demand the home minister's resignation. If he doesn't, then Chief Minister Uddhav Thackeray must remove him. An impartial probe must be conducted. The letter also says the chief minister was informed about this earlier, so why didn't he act on it?" Fadnavis, Leader of the Opposition in Maharashtra Assembly, told reporters.

Sources in the Shiv Sena-NCP-Congress state government said Chief Minister Uddhav Thackeray and NCP chief Sharad Pawar are yet to take a call on replacing the home minister in the backdrop of the latest controversy.

Assistant police inspector Waze was recently arrested by the National Investigation Agency (NIA) during its probe into the recovery of an explosives-laden SUV near Ambani's house on February 25.

Waze, an "encounter specialist", has also been facing heat in the murder case of Thane-based businessman Mansukh Hiran, who was in possession of that SUV. Hiran was found dead in a creek in Thane district on March 5. The NIA has taken over the HIran death case.