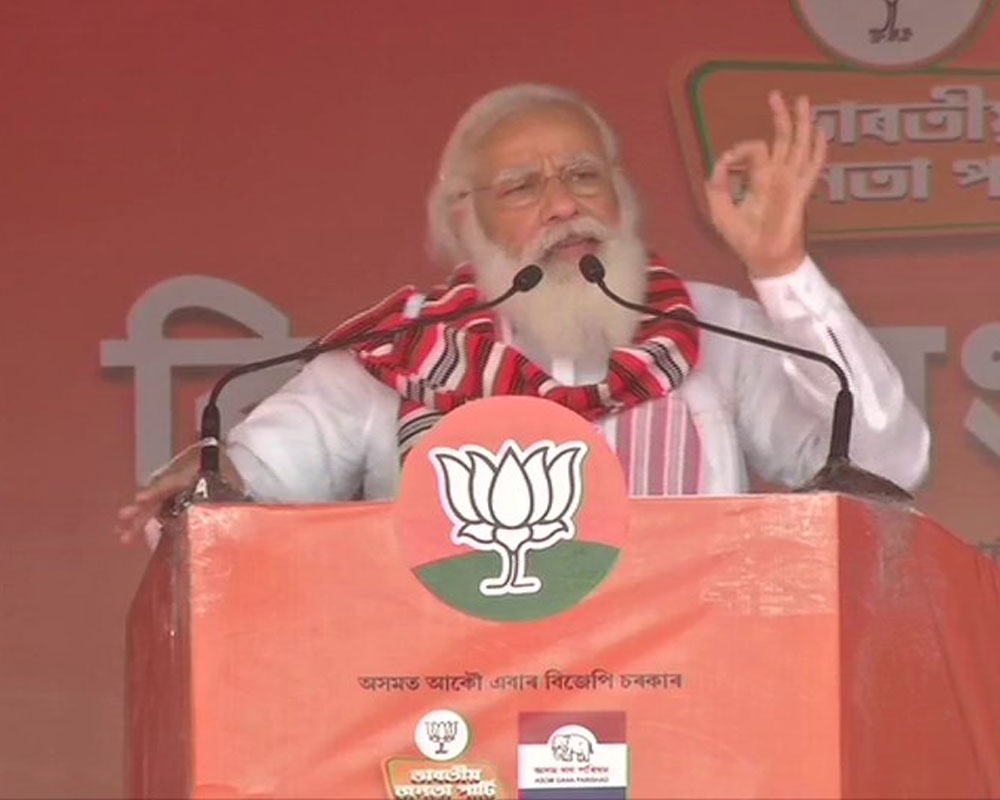 Prime Minister Narendra Modi on Sunday accused the Congress of giving "false guarantees" when it was in power at the centre and also in Assam at the same time earlier, and failed to provide security and stability in the northeastern state.

The Congress can go to any extent for coming to power and this is evident from the "lies" that they are spreading through the manifesto, the Prime Minister said at an election rally in Bokakhat.

"When there was a Congress government at the centre and in the state at the same time, there was double neglect, double corruption and double infiltration", he said.

"They had given false guarantees of providing employment and women empowerment," he added.

The double engine NDA government, however, ensured that the foundation for development is laid and the state is connected with the rest of the country, while during the next five years there will be more all-around speedy development, Modi said.

"Congress means lies, confusion, instability, violence and corruption. The party's coffers are empty and they want to come to power at any cost to fill it", Modi said taking a swipe at the grand old party.

During Congress rule, people used to think will Assam be ever free of bomb blasts, guns or violence and peace would prevail, but the NDA government has ensured that there is peace and stability in the state.

He also accused the Congress of patronising poachers, but the NDA government has ensured that rhino poaching is stopped and poachers are put in jails, while the famed Kaziranga National Park has been freed of encroachers.

The Prime Minister was addressing an election rally at Bokahat in Golaghat district from where minister and AGP President Atul Bora is contesting.