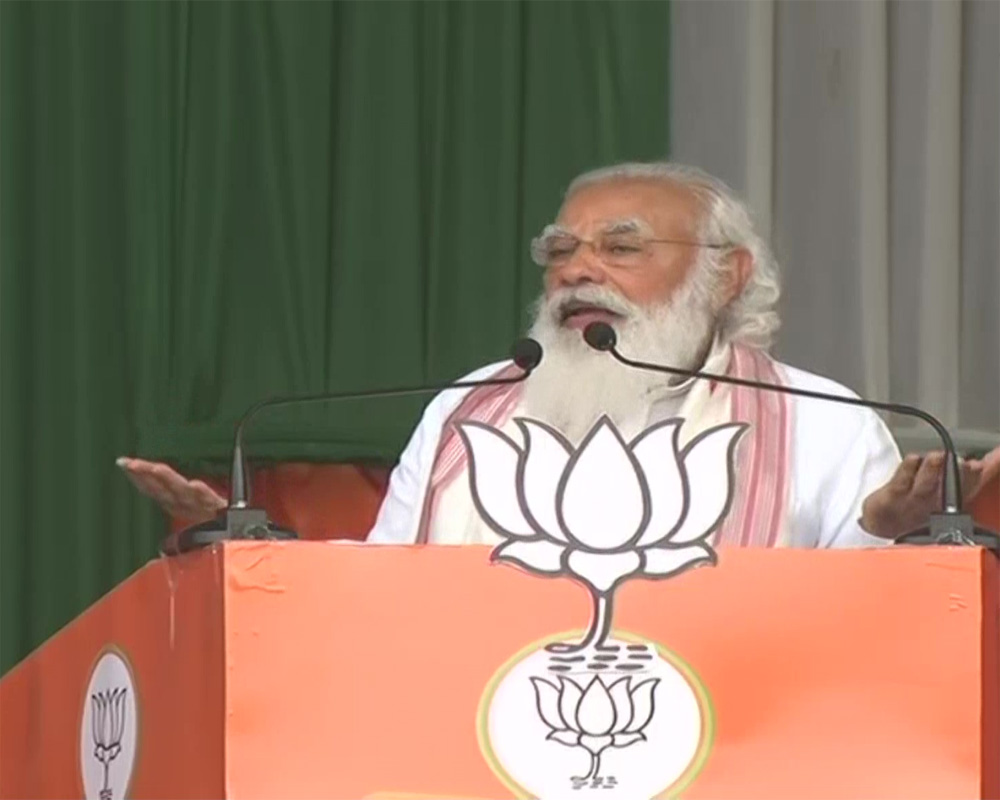 Prime Minister Narendra Modi on Saturday accused the Congress of openly supporting forces that are out to finish the identity of Assam tea and destroy the tea industry.

Addressing an election rally in this Upper Assam town, a day after Congress leader Rahul Gandhi interacted with tea garden workers here, Modi alleged that the party is playing with the "pride and glory" of the oldest industry of the state.

He said a toolkit recently sought to defame Assam tea, famous across the world, and Yoga, the legacy of our ancient saints, as part of a "conspiracy".

"A conspiracy was hatched against Assam tea. You must have heard about a toolkit. It sought to destroy the tea gardens of Assam. No Indian will allow that," he said.

The prime minister was apparently referring to Swedish environmentalist Greta Thunberg's controversial toolkit, which she tweeted and then deleted, outlining ways in which people can participate in the farmers protest.

One of the points reportedly mentioned there was to "disrupt yoga and chai image of India in general".

"Congress is supporting such forces. And while doing so it has the temerity to come here and seek votes of the tea garden workers. They have fallen so low.

"Who can understand the problems of tea workers better than a 'chaiwala'," Modi said referring to his humble background when as a small boy he used to sell tea at a railway station and on trains in his native Gujarat.

He also said a few days ago the Congress had circulated photographs of Sri Lankan tea gardens and before that of Taiwan, passing them off as tea gardens of Assam.

"A mistake can happen once, but when it has been repeated, it shows the mentality. This is injustice and insult to the beautiful land of Assam," the prime minister said.

"The mask is off the faces of those who talk of Asssam's 'asmita' (identity)," he said, attacking the Congress.