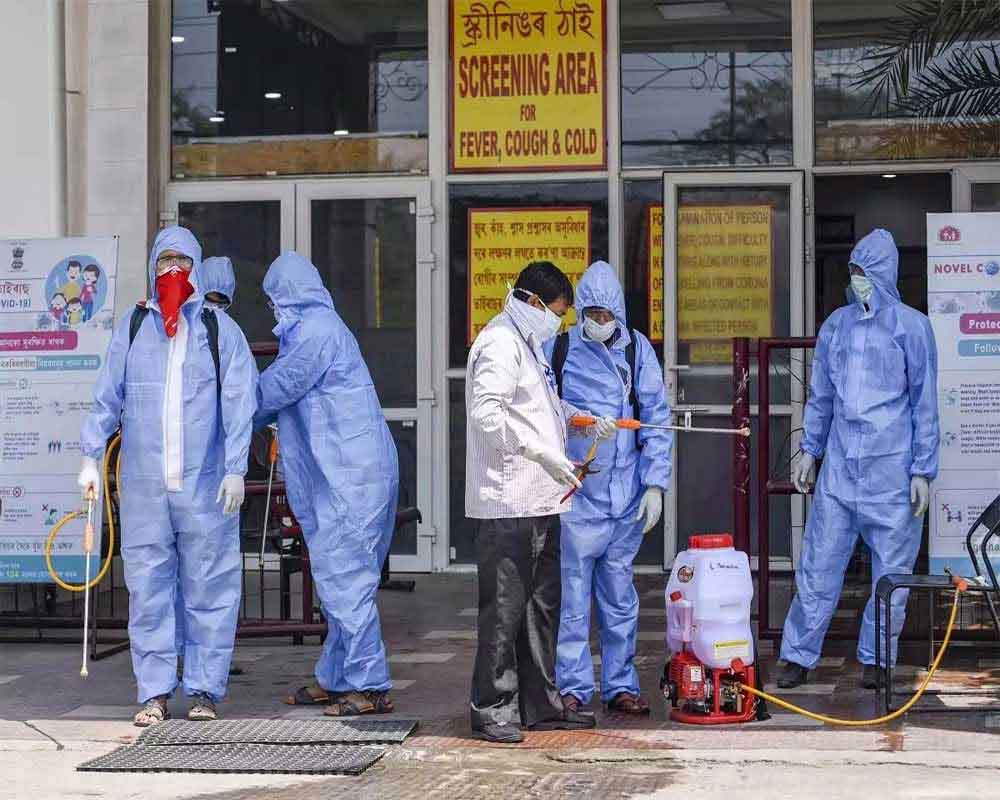 Mumbai reported 367 new coronavirus infections on Tuesday, the fourth straight day of under-400 cases, and five fresh fatalities, while 408 more patients recovered from the disease, a senior civic official said.

The Brihanmumbai Municipal Corporation (BMC) official said that with these additions, the tally of COVID-19 cases rose to 7,35,770, while the  death toll climbed to 16,033. This was the fourth day in a row when the financial capital has reported less than 400 COVID-19 cases. As many as 28,498 COVID-19 tests were conducted in the last 24 hours, taking their cumulative number to 97,69,953, he said. On Monday, this month's lowest COVID-19 tests - 25,581 - were conducted in the city. Mumbai witnessed a marginal rise in new COVID-19 cases, but a dip in fatalities as compared to Monday, when the city had reported 347 infections  and 6 deaths. The case doubling rate of COVID-19 cases in the city has improved to 1,286 days after slipping below the 1,200-day mark last week, the civic body said. As many as 408 patients were discharged from hospitals in the last 24 hours,  taking the number of recovered cases to 7,12,570 and leaving Mumbai with 4, 696 active cases, the official said. According to the BMC, Mumbai's COVID-19 recovery rate is 97 per cent, while the average growth rate of cases between September 7 and  13 stood at  0.6 per cent. The official said presently, Mumbai has 38 sealed buildings, though the metropolis has been free of containment zones in slums and 'chawls' (old row tenements) since mid-August. The civic body seals buildings or declares containment zones if at least five people there test positive for coronavirus. This year, Mumbai reported the highest 11,163 cases on April 4, while most deaths at  90 were recorded on May 1 during the second wave of the pandemic.