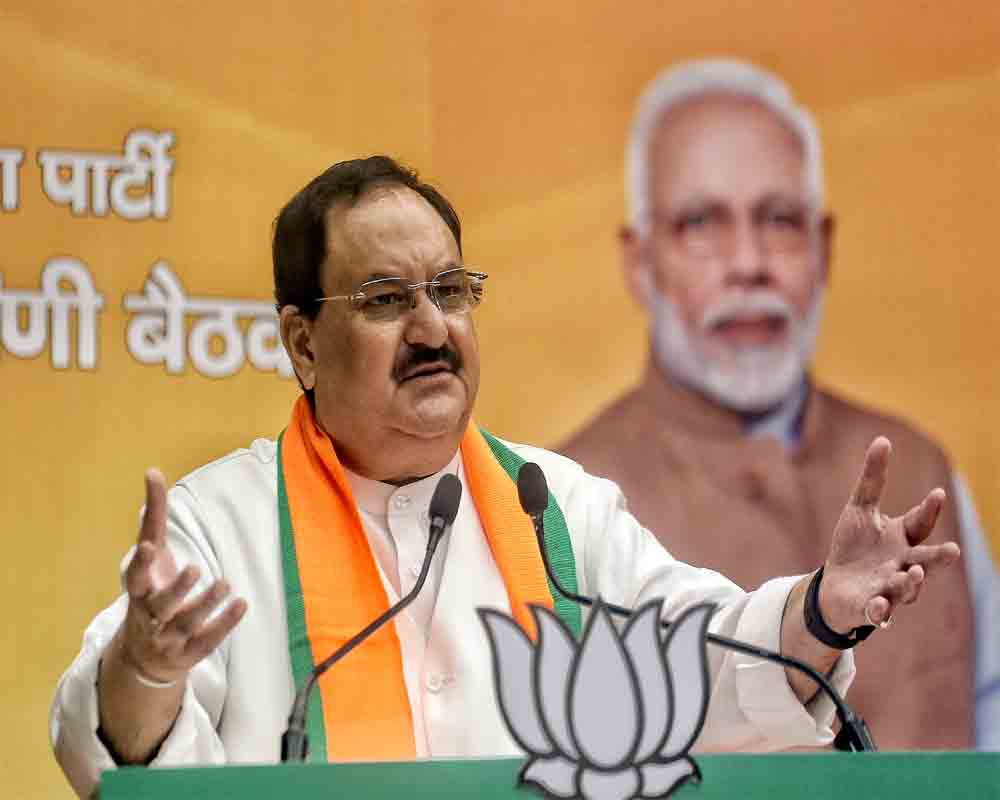 The way the government under Prime Minister Narendra Modi prepared itself to fight Covid is "admirable" and reflects India's strength, BJP president J P Nadda said on Thursday, citing the ramping up of medical infrastructure in the country to laud the Centre.

While noting that the country faced shortage of medical oxygen as the pandemic surged, he said Modi left no stone unturned to meet the shortfall in a week by rallying resources through "earth, air and water", a reference to its transportation through all available means.

In an address after inaugurating the BJP's office building in Arunachal Pradesh through a virtual event, Nadda said medical oxygen's production rose to 9,446 MT from 900 MT.

He also expressed condolences to those who lost their loved ones to the pandemic, and said Covid is the biggest pandemic of the century.

"We feel happy at the way the Indian government under Modi prepared itself to fight COVID-19. This is truly admirable and is reflective of India's strength," he said, noting that the number of Covid-testing labs has grown to 2,500 from one and their capacity to 25 lakh per day from 1,500 since last year when the highly infectious disease was first reported in India.

Nadda's comments came amid criticism by opposition parties of the Modi government's handling of the pandemic. The have accused it of being "ill-prepared" to deal with the recent second surge.

The BJP president accused the opposition parties, including the Congress, of trying to "derail" India's vaccination programme by questioning the safety of jabs being manufactured in India.

They tried to break the morale of vaccine manufacturers, he alleged, while praising the Modi government for production of two made-in-India vaccines within a year of the disease's outbreak.

"Within nine months, India had two vaccines, unprecedented in our nation's history. People were questioning and spreading rumours. Congress leaders were spreading lies and questioning the ability of India's experts and scientists," he said.

Only two companies were making vaccines earlier but now 13 firms are making jabs in India, he said.

"By December, 19 companies in India will be making vaccines and India will have 200 crore vaccine doses," he claimed.

India had earlier waited for decades and years earlier for starting vaccine programmes to tackle the diseases like measles and polio, he said.

In his address, he also highlighted the government's welfare measures like providing free ration to the poor and financial, educational and health benefits for children who lost both their parents to the disease.

Touching on the government's work for the Northeast region, Nadda said it was neglected until Modi came to power in 2014.

"Due to the prime minister's Act East Policy, the government has focused on the Northeast and a lot of developmental work is being done," he said, and lauded the BJP's rise in Arunachal Pradesh where it is in power.