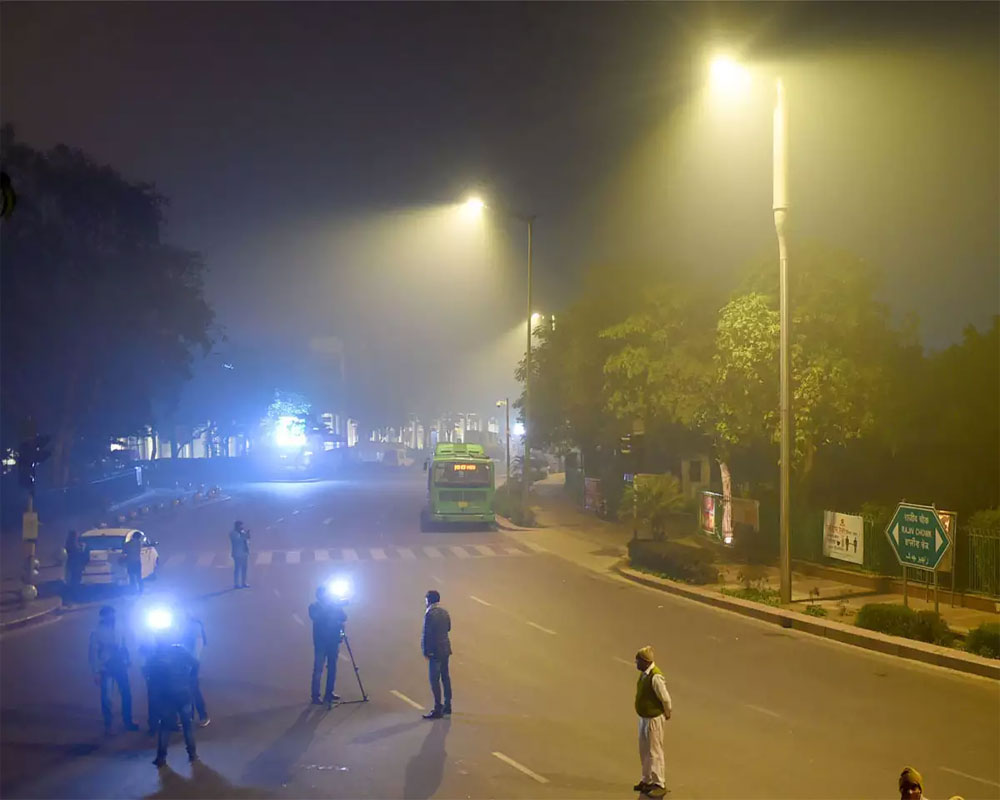 COVID-19 vaccination beneficiaries choosing to go for walk-in vaccination facility will have to acquire an e-pass to travel during the night curfew hours in Delhi, officials said on Wednesday.

The Delhi government on Tuesday imposed a night curfew in the national capital from 10 pm to 5 am till April 30 in view of rising COVID-19 cases.

The city had recorded 5,100 fresh cases on Tuesday, while 17 more people succumbed to the infection taking the toll to 11,113, according to the Delhi health department.

Earlier on Wednesday, Health Minister Satyendar Jain justified the imposition of night curfew, saying people were organising parties and social gatherings in the city at a time when COVID-19 cases have surged and stressed that it was "not a harsh step" as there were various categories of exemption.

According to officials, people going for vaccination are exempted too while those who have registered themselves can show the message received via CoWIN app and move to a vaccination centre.

Those going for on-site registration during curfew hours will have to acquire an e-pass first, they said.

"As per DDMA guidelines, anyone going out for vaccination during night curfew will be allowed provided they have an e-pass with them," a senior police officer said.

The officer, however, said the number of people usually stepping out during night hours is fewer.

Meanwhile, interacting with reporters, Jain had feared that if the positivity rate escalated and safety norms were not followed by people, the new cases could breach the last single-day spike record registered in November last year.

However, he added that it will be too early to speculate on that as of now, and government efforts are to contain the incidences as effectively as possible.

On e-passes procurement issues faced by people, the minister told reporters, it is a "teething problem" and should be sorted out soon.

Amid a surge in COVID-19 cases in the national capital, Jain on Tuesday had said the city government was alert on the pandemic situation and keeping a "close watch" on it.

Over 12 lakh people have been vaccinated in Delhi, he had said.  He reiterated his demand that vaccination should be made open to all adults, except those who are not medically compliant with the norms for inoculation against COVID-19.