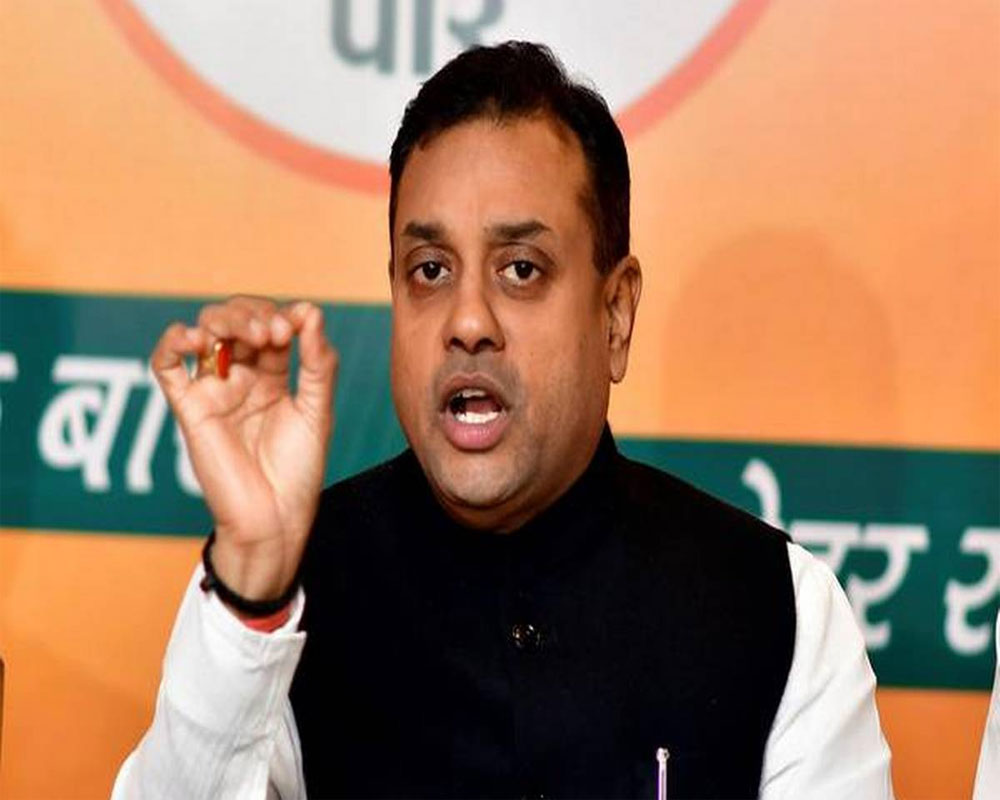 Noting that opposition-ruled states claimed in courts that there was no death due to shortage of oxygen during the second COVID-19 wave and made similar assertions in their response to the Centre, the BJP on Wednesday hit back at its rivals amid a row over the Modi government's reply in Parliament on the matter.

The government had told Rajya Sabha on Tuesday that no deaths due to lack of oxygen were specifically reported by states and UTs during the second COVID-19 wave, drawing sharp criticism from opposition leaders.

Deaths of patients in hospitals due to lack of the life-saving gas were reported from several states during the peak of the second wave in April-May as the demand for medical oxygen zoomed.

BJP spokesperson Sambit Patra noted that the central government's reply was based on the figures provided by states and UTs as health is a state subject.

No state sent any data about patients dying due to oxygen shortage, he asserted.

He accused opposition leaders, including Rahul Gandhi of the Congress and Arvind Kejriwal of the Aam Aadmi Party, of doing politics on the matter, and said the states where these parties are in power have claimed that no one died there due to lack of oxygen.

Hitting out at Gandhi, he said, "You have acted as a Twitter troll throughout the pandemic by writing two-line lies frequently. It is painful that a former president of one of the largest parties has behaved so irresponsibly."

With the AAP also targeting the Modi government over its reply in Rajya Sabha, Patra noted that a Delhi government committee had told high court that there was no evidence to suggest that around 21 people had died due to shortage of oxygen in Jaipur Golden hospital on April 23-24 night after the hospital management reported the matter.

The Maharashtra government also told Bombay High Court that no one died due to the oxygen shortage and Chhattisgarh Health Minister T S Singh Deo has also made similar claims, the BJP spokesperson said.

Gandhi should speak to the chief ministers in the states where his party is in power instead of "lying" on Twitter and spreading confusion, he said.

These opposition-ruled states had spoken about patients dying due to the oxygen crisis when the second wave was peaking as they wanted to target the Modi government but have taken a different stand in writing and their submission to courts, he said, adding that it shows they want to politicise the whole issue.

It is not that the central government has tied their hands, and they should have spoken truth when they were asked to submit their response in writing, he asserted.

To a question about the BJP-run states, Patra said people might have suffered there too but they neither levelled allegations like the opposition-ruled states nor the issue was taken to high courts there in this manner.

Shortly after the statement in Rajya Sabha was made in a written reply by Minister of State for Health Bharati Pravin Pawar on Tuesday, AICC General Secretary K C Venugopal accused the minister of having "misled" the house.

Describing the statement as "condemnable", Venugopal, a Rajya Sabha MP to whose question the reply was given, said he will move a privilege motion against the minister.