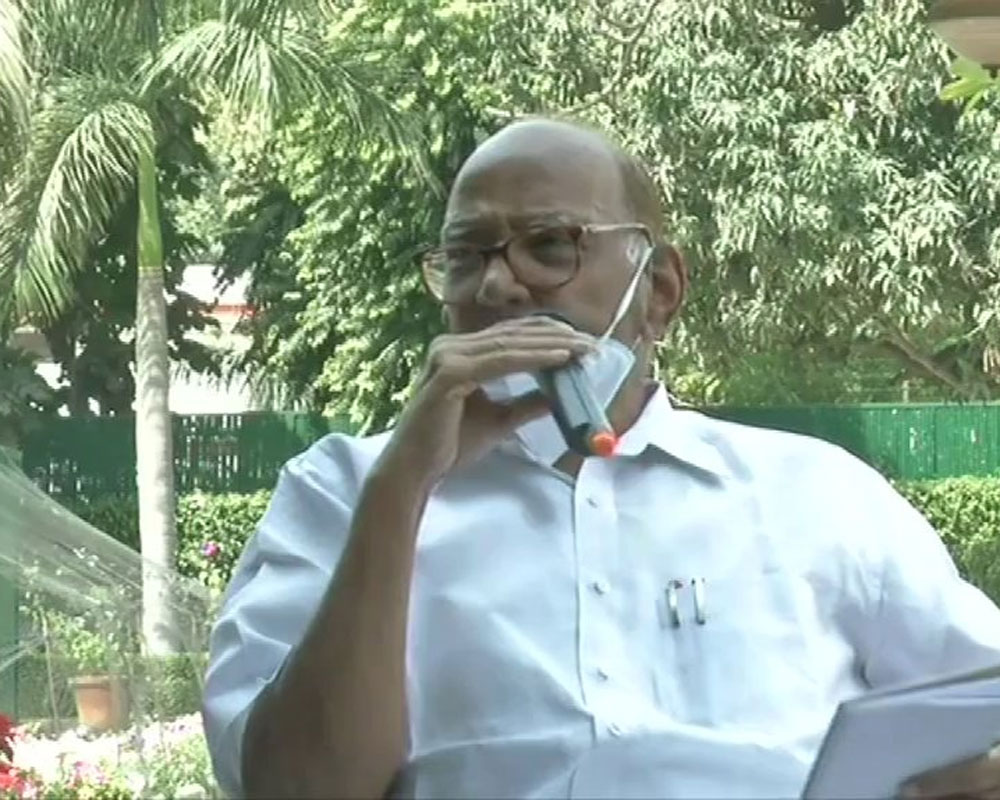 Talking to reporters in Delhi, Pawar suggested that Chief Minister Uddhav Thackeray will take a decision in this matter and also action against Deshmukh.

Pawar said neither the chief minister nor the state home minister were responsible for reinstatement of police officer Sachin Waze in the police force last year.

The NCP chief said he has spoken to Thackeray regarding Singh's letter. "I would suggest to Uddhav Thackeray to seek former IPS officer Julio Ribeiro's help for looking into the claims made by Param Bir Singh," he added.

Pawar said Singh made the allegations after his transfer on March 17 to the Home Guards.

The NCP supremo said there is no impact on the MVA government because of Singh's allegations. Efforts are on to destabilise the Shiv Sena-NCP-Congress government in Maharashtra but they will prove futile, he added.

In the eight-page letter to Chief Minister Uddhav Thackeray, Singh alleged that Deshmukh used to call police officers to his official residence and give them a "collection target" from bars, restaurants and other establishments.