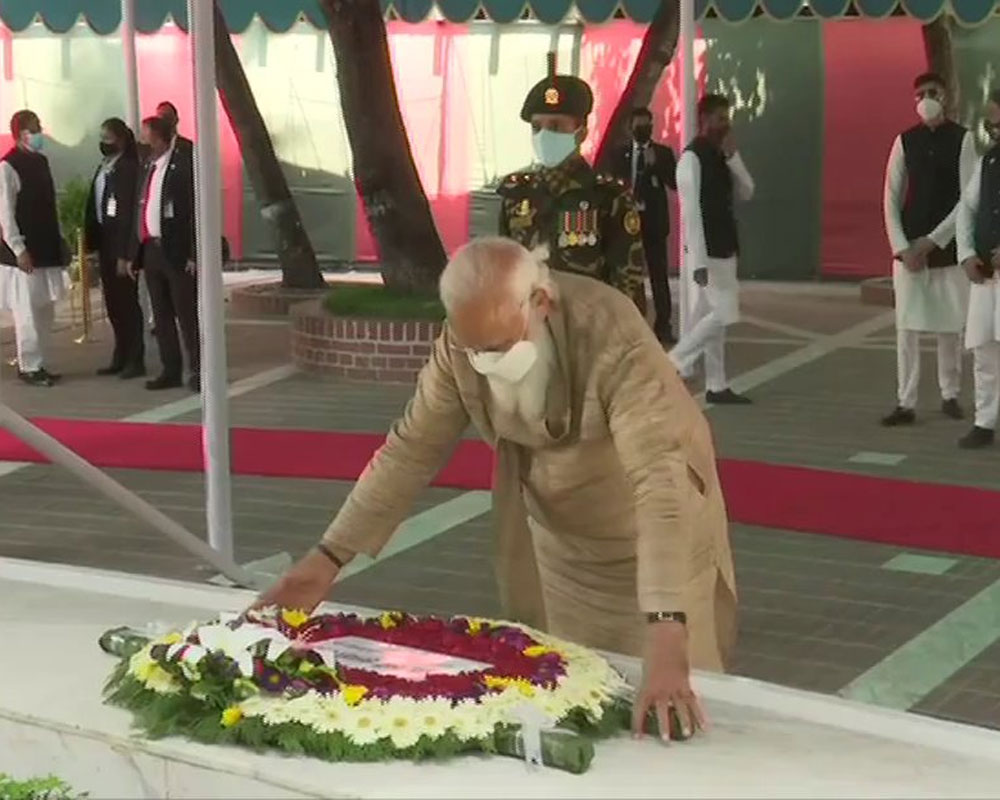 Modi, who was covering his face with a mask, paid floral tributes to 'Bangabandhu' and stood in silence for a few minutes while Hasina and her Cabinet colleagues offered 'Fatiha'. He is the first Indian dignitary to ever visit Bangabandhu's grave.

Modi, who is visiting Bangladesh on his first trip to a foreign country since the outbreak of the coronavirus, on Friday attended the celebrations of the golden jubilee of the country's independence, the birth centenary of ‘Bangabandhu' Sheikh Mujibur Rahman in Dhaka.