Polling begins for 39 seats in second phase of Assam elections

Polling begins for 39 seats in second phase of Assam elections 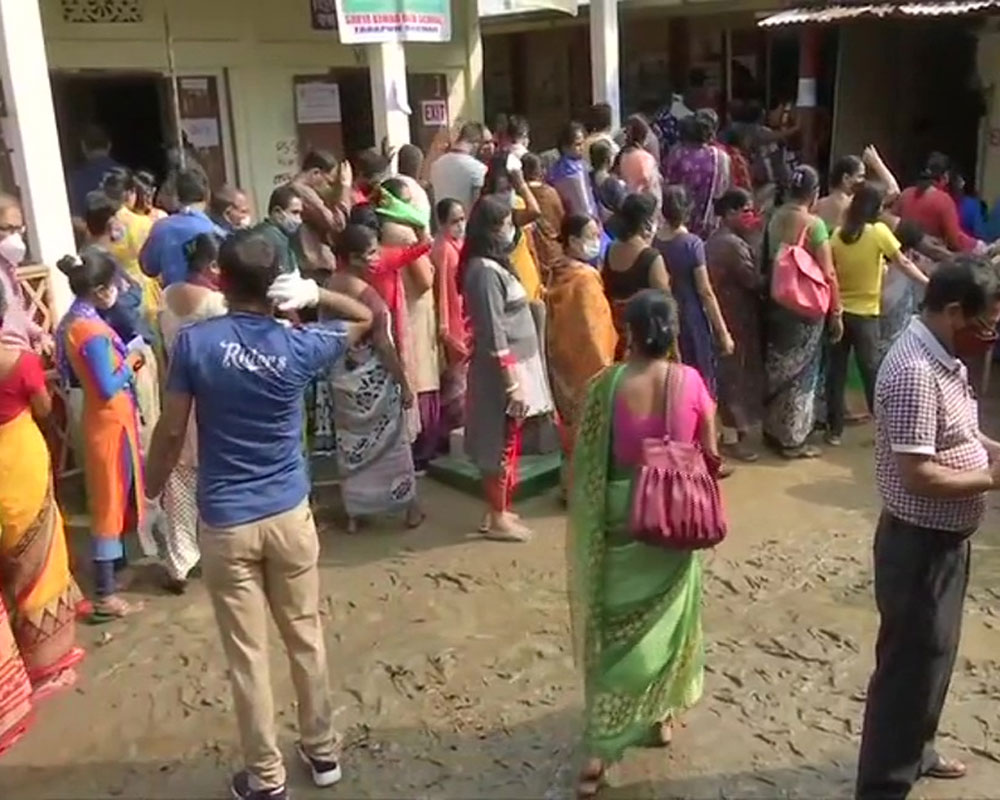 Polling began at 7 am on Thursday for 39 seats in the second phase of assembly elections in Assam amid tight security, officials said.

The fate of 345 candidates, including 26 women, is being decided by over 73.44 lakh voters in this phase.

Among those contesting the elections in this phase are five ministers and the deputy speaker of the outgoing House.

The polling will continue till 6 pm as the duration has been extended by an hour to ensure strict adherence to COVID-19 protocols.

Voters were seen wearing masks and maintaining social distance in the queues.

Over 73.44 lakh voters will exercise their franchise in 10,592 polling stations spread over 13 districts in the Barak Valley, the hill regions and parts of central and lower Assam.

A total of 310 companies of security forces have been deployed to carry out strict vigil and prevent any untoward incident.

Around 42,368 polling personnel have been deployed, of whom 1,516 were dispatched two days in advance to far-flung areas, particularly in Dima Hasao and East and West Karbi Anglong district, the officials said.

The ruling BJP is contesting 34 seats, while its allies Asom Gana Parishad (AGP) is fighting in six constituencies and the United People's Party Liberal (UPPL) in three.

The BJP is engaged in friendly fights with the AGP in Patharkandi and Algapur and the UPPL in Majbat and Kalaigaon.

In the 'Mahajot' (Grand Alliance), the Congress is contesting in 28, the AIUDF in seven and the Bodoland Peoples' Front (BPF) in four.

The newly-floated Assam Jatiya Parishad (AJP) is contesting in 19 seats.

There is a direct contest between the NDA and the Grand Alliance in 25 seats, while the rest of the constituencies are witnessing a triangular fight.

The three-phase elections to the 126-member assembly began on March 27 for 47 constituencies, registering a voter turnout of 79.97 per cent.

The third and final phase of the elections to the 40 seats will be held on April 6. The votes will be counted on May 2.