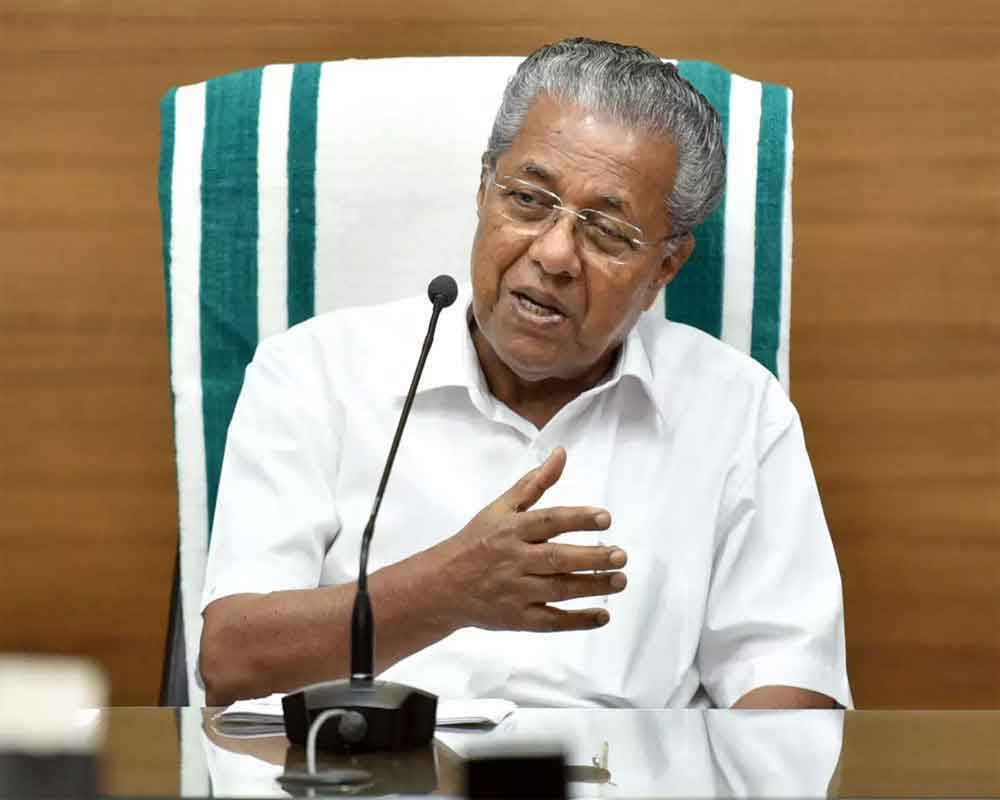 Citing rising COVID-19 cases in Kerala, Chief Minister Pinarayi Vijayan on Monday wrote to the Centre, saying it will be practically impossible to provide Oxygen to other states.

In a letter to Prime Minister Narendra Modi, Vijayan said in order to manage the crisis, the state had ensured 450 MT of buffer stock and had been managing oxygen without putting pressure on the national grid.

The rising number of patients needing hospitalisation will necessitate around 450 MT Oxygen by May 15, 2021, the chief minister said.

"As per the decisions in the meeting of the Central Committee on Oxygen allocation held on May 6, 2021, the state will allow 40 MT to Tamil Nadu by May 10.However, after this, it will be practically impossible to allow oxygen to be taken outside the state considering the present situation," he said.

As Kerala is geographically located far away from main steel plants, transferring oxygen within a short time is very difficult, the chief minister said and requested that the entire Oxygen produced in the state--219 MT--may be allocated to the southern state.

"This may be supplemented by allocation from steel plants," he said.

Later, addressing a press conference, Vijayan said he has sought allocation of cryotankers that may be procured by the Centre at the earliest and they be pooled by running Oxygen Express trains for Andhra Pradesh, Telangana, Tamil Nadu and Kerala for providing the requisite additional quantity of Liquid Medical Oxygen to the states.