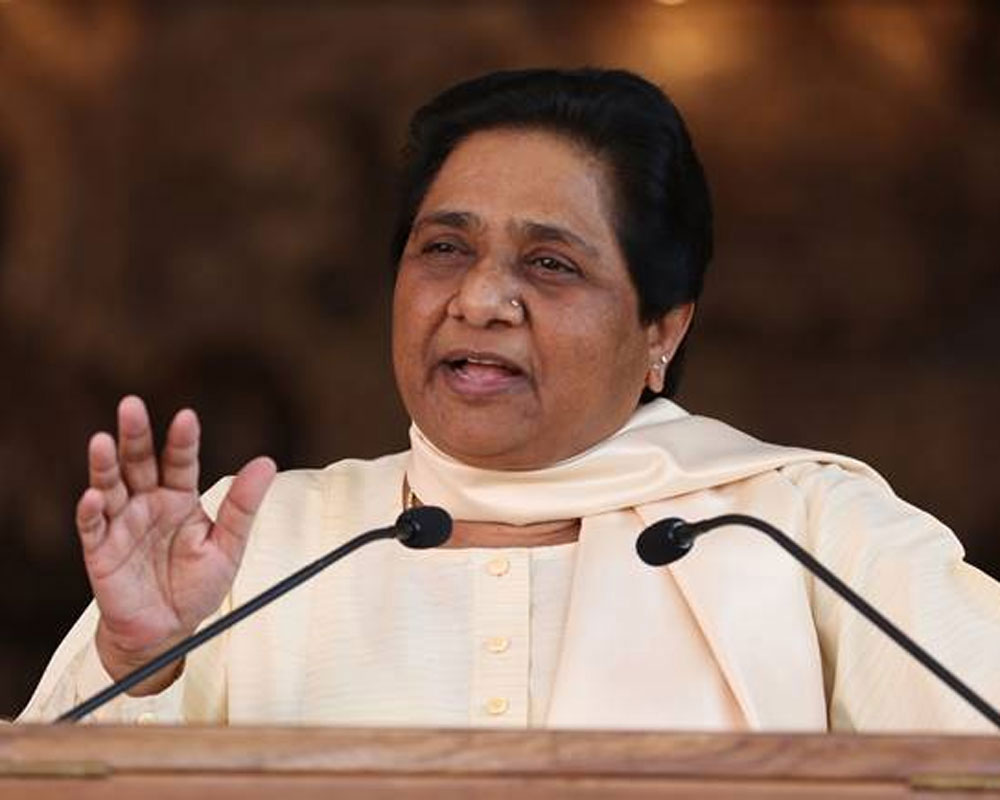 Bahujan Samaj Party (BSP) chief Mayawati on Saturday hit out at the Congress-led Punjab government for allegedly selling COVID-19 vaccine doses procured under the state quota to private hospitals at a higher rate, saying profiteering during an emergency is indecent and inhuman.

Her remarks came a day after the Punjab government asked private hospitals to return all vaccine stock meant for the 18-44 age group and ordered a probe into the allegations.

The recalled vaccine doses will be administered free to this age group by the government, state Health Minister Balbir Singh Sidhu said.

In a tweet in Hindi, Mayawati said, "The Congress government of Punjab is buying COVID-19 vaccines at Rs 400 (each) from the Centre and selling them to private hospitals at Rs 1,060 instead of passing on the benefits to the people through government hospitals. Profiteering during an emergency is indecent, inhuman, condemnable and extremely saddening."

This makes it clear that the Congress' stand and statements on vaccines so far lacked seriousness. The BSP demands that the Centre take cognisance of this, she said.

Referring to media reports, Union minister and senior BJP leader Prakash Javadekar had on Friday alleged the Punjab government got over 1.40 lakh doses of Covaxin at Rs 400 each and gave some of them to 20 private hospitals at Rs 1,000 each.

This is "dangerous" news, he had said.

The Centre has also written to the Punjab government seeking a clarification over reports that it sold Covaxin to private hospitals and earned a profit.