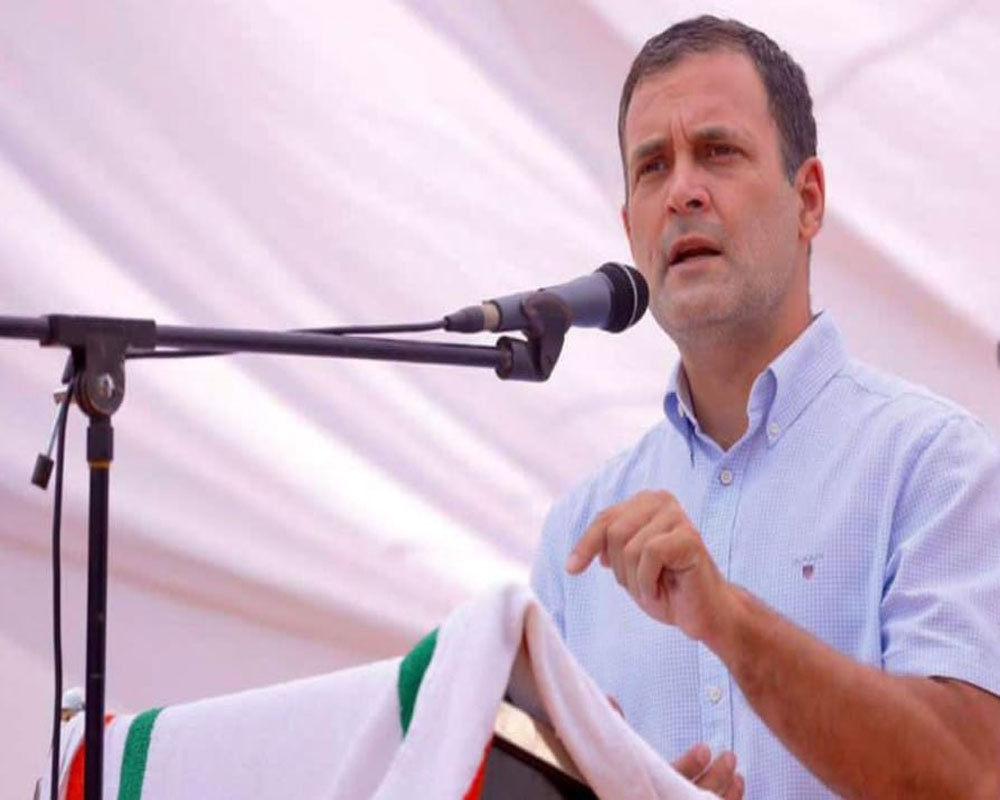 Congress leader Rahul Gandhi on Tuesday took a swipe at the government over the Rafale fighter jet deal, saying karma is the ledger of one's action and no one can escape it.

He said this after a French media report claimed that 1.1 million Euros was paid to a "middleman" by the aircraft manufacturer, a charge that was denied by the BJP as baseless.

Gandhi has been alleging that commissions have been paid in the Rafale deal, which the government has denied.

The Congress said Gandhi's oft-repeated allegations of corruption in the deal were proved correct after the French media report.

"Karma = The ledger of one's actions. Nobody escapes it. #Rafale," Gandhi said on Twitter. He also put out a similar tweet in Hindi.

The Congress had made a big issue of the Rafale deal in the 2019 Lok Sabha polls but lost the elections badly.