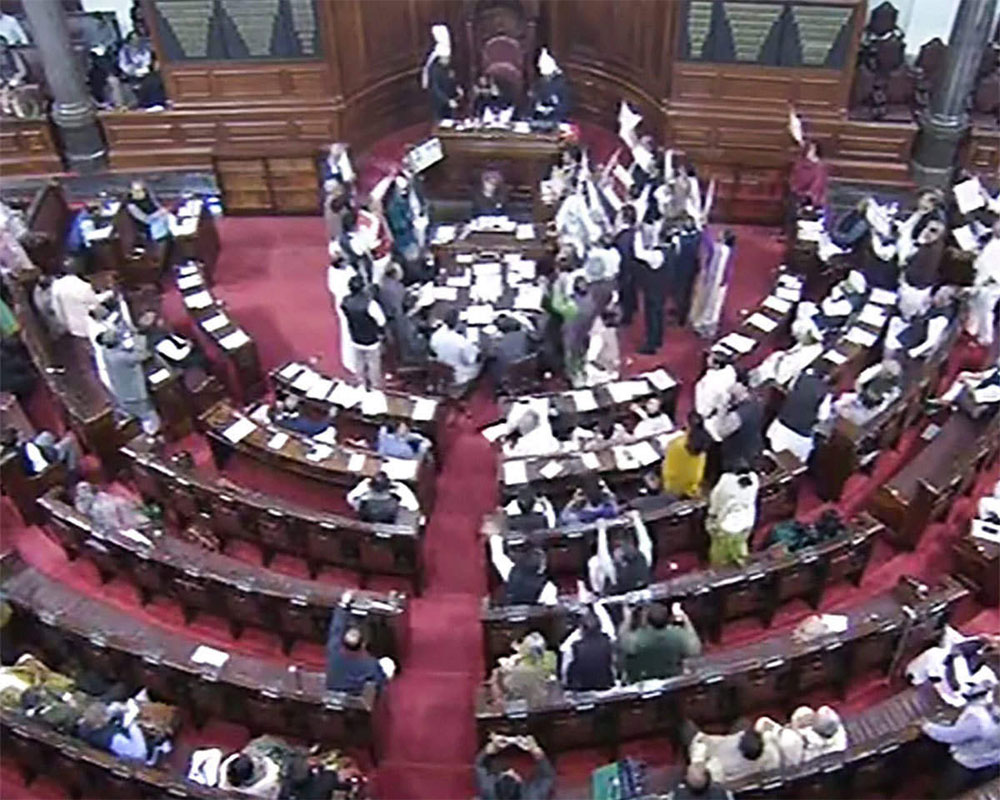 Rajya Sabha proceedings were on Wednesday adjourned for one hour as a mark of respect to departed sitting MP A Mohammed John.

Rajya Sabha Chairman M Venkaiah Naidu mentioned the death of the AIADMK MP at the age of 72 years on March 23.

It is "very very sad," he remarked.

It is "indeed saddening to lose a colleague so early," he said.

Members stood in silence as a mark of respect to the memory of the departed.

Naidu thereafter adjourned the proceedings for one hour.