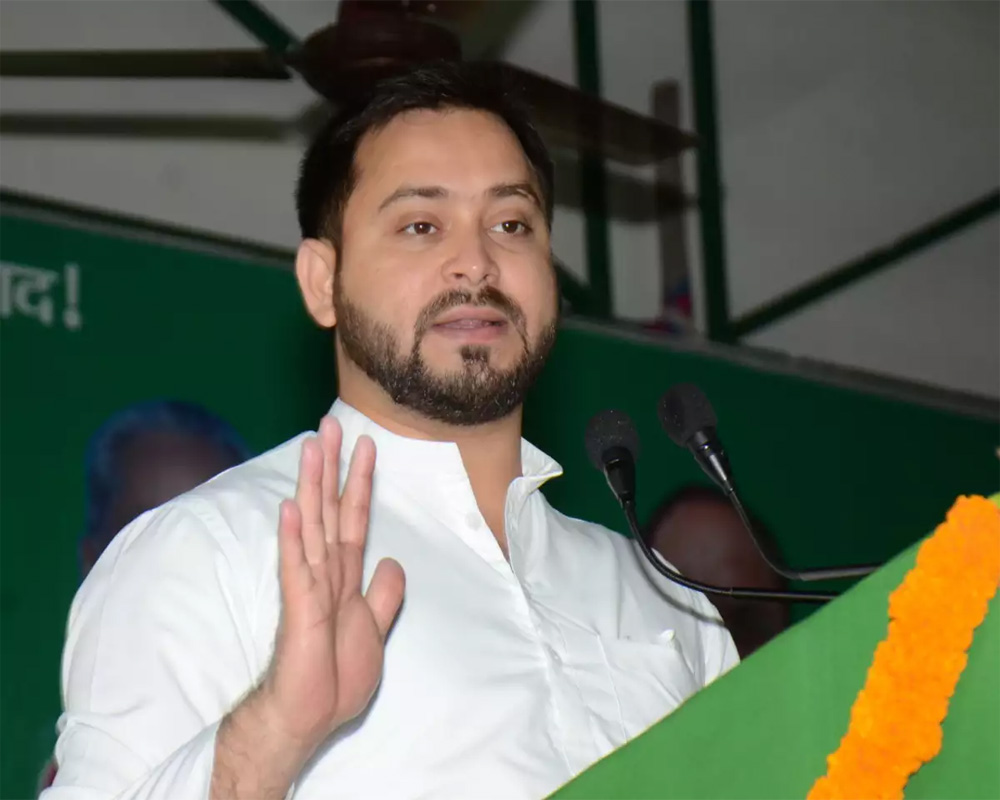 Leader of opposition in Bihar assembly Tejashwi Prasad Yadav of the RJD on Friday tabled a report which said 18 out of 31 state ministers are facing serious criminal cases.

With Speaker Vijay Kumar Sinhas permission during Zero Hour in the assembly, the RJD leader referred to a report of the Association for Democratic Reforms (ADR) according to which the 18 ministers are facing criminal cases, including murder, kidnapping and robbery.

"Let the ADR report be made part of the proceedings I want to table it on the floor of the House," he said, to which the Speaker replied, it is already in public domain and there is nothing new in it.

"There are many more people including you (Tejashwi) who may be facing such cases," he said while allowing him to table the ADR report in the assembly but refused to make it part of the House proceedings.

Referring to his speech made during a debate on home departments budgetary demand in the House on Tuesday, the RJD leader had said that more than 64 per cent of ministers are facing criminal cases and "You (Speaker) had sought documentary proofs in support of my claim".

Earlier in the day, the RJD leader informed the Speaker that he has brought the ADR report as a proof, which he had been asked to furnish as evidence.

The Speaker allowed him to raise the issue after Question Hour.

Meanwhile, the ruling JD(U) came out with another list of the same report to counter the proof cited by the leader of the opposition in the House.

Referring to the ADR report compiled after Bihar assembly polls in 2020, JD(U)'s chief whip in the assembly Shrawan Kumar said that 54 out of 74 RJD legislators- including Tejashwi Prasad Yadav and his brother Tej Pratap Yadav- are facing criminal cases.

He also said that 44 out of the 54 RJD MLAs are facing criminal cases of serious nature.