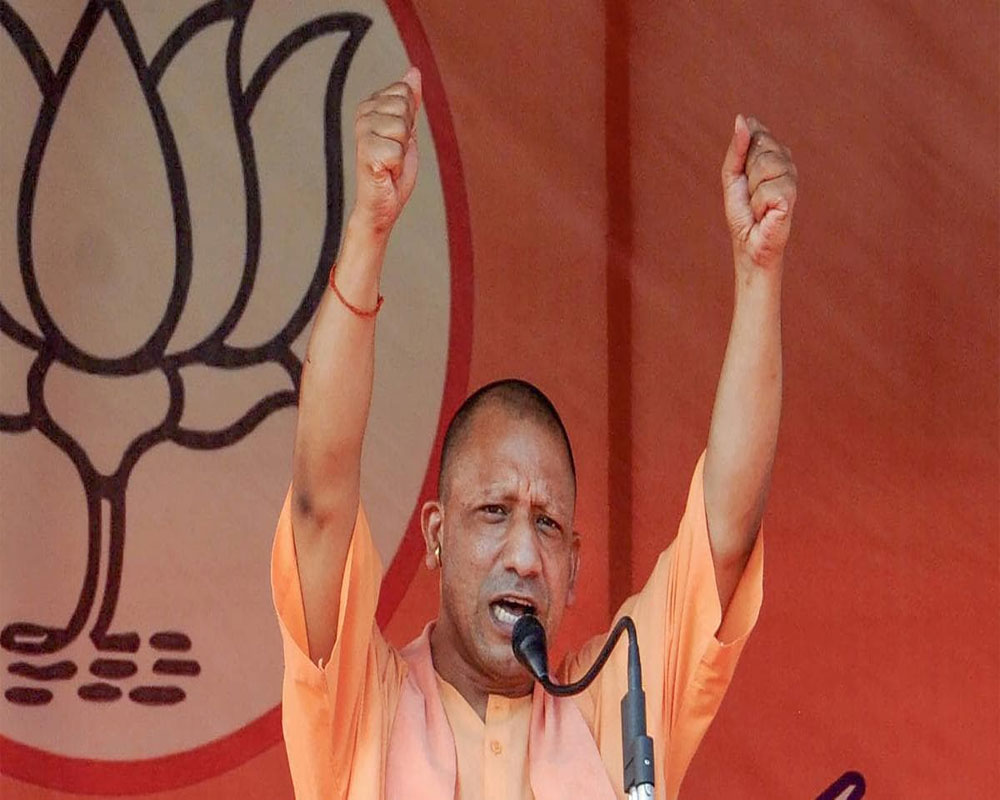 Uttar Pradesh Chief Minister Yogi Adityanath on Wednesday flayed the ruling TMC in West Bengal, alleging that its leaders swindled whatever central aid was extended to the state, from "funds to ration supplies".

"She has neglected West Bengal since the last 10 years and by not being a part of several central welfare schemes, Mamata has denied the state of its share of benefits.

"Whatever assistance the Centre provided to Bengal, from funds to ration supplies, was swindled by TMC leaders. After the BJP comes to power in the state, each paisa will be recovered and spent on development works," he asserted.

"In other tea growing states, the workers get a daily wage of Rs 350 and have land rights, while it is not even Rs 200 in West Bengal. The BJP is committed towards the welfare of the workers and the Gorkha community that resides in the area," he said.

The UP CM also wondered why Banerjee gets miffed at hearing 'Jai Sri Ram' slogans. "Those who had spoken against Lord Ram had faced debacles. Similar fate awaits her," Adityanath added.

"After we come to power here, these goons will be dealt with as per law," he said.