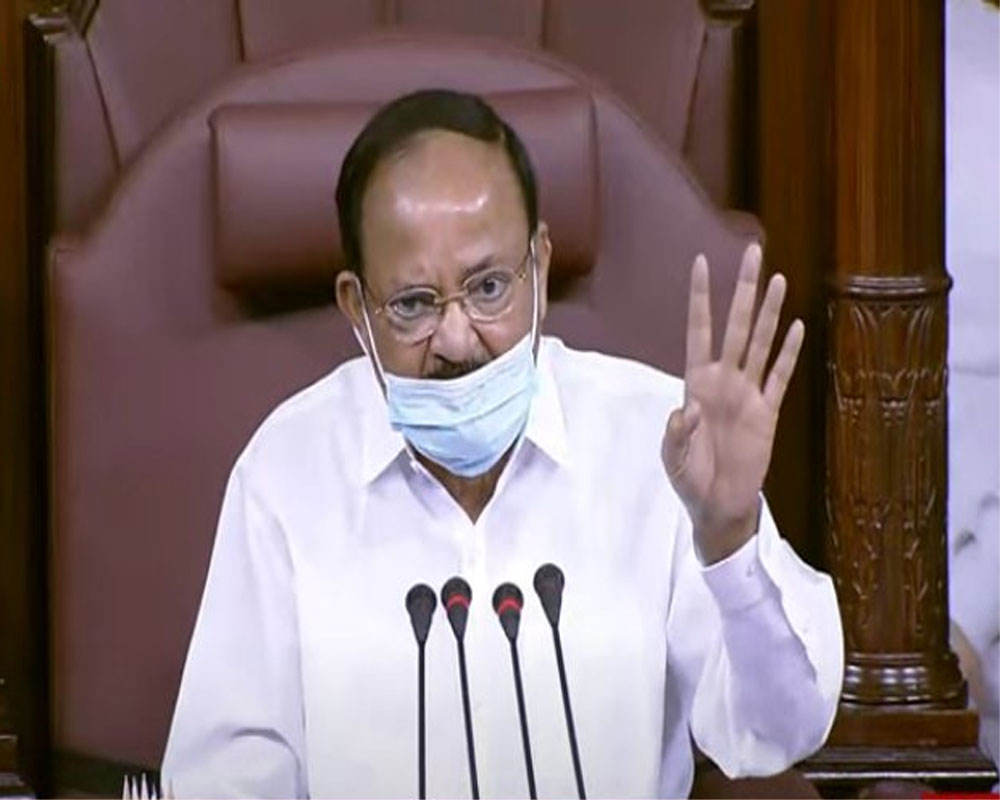 TMC MP Shantanu Sen was suspended from the Rajya Sabha on Friday for the remaining period of the monsoon session after a motion moved by the government was passed by the House.

Soon after the obituary references and laying of papers, Minister of State for Parliamentary Affairs V Muraleedharan moved a motion for Sen's suspension after the Trinamool Congress (TMC) member snatched papers from Information Technology Minister Ashwini Vaishnaw and tore those in the House on Thursday.

The motion was passed by a voice vote and Chairman M Venkaiah Naidu asked Sen to leave the House.

The TMC members protested and raised objection to the manner in which the motion was brought without listing it in the day's business.

TMC MP Sukhendu Sekhar Ray raised the issue of Sen being threatened by a minister, but the chairman said it happened after the House was adjourned.