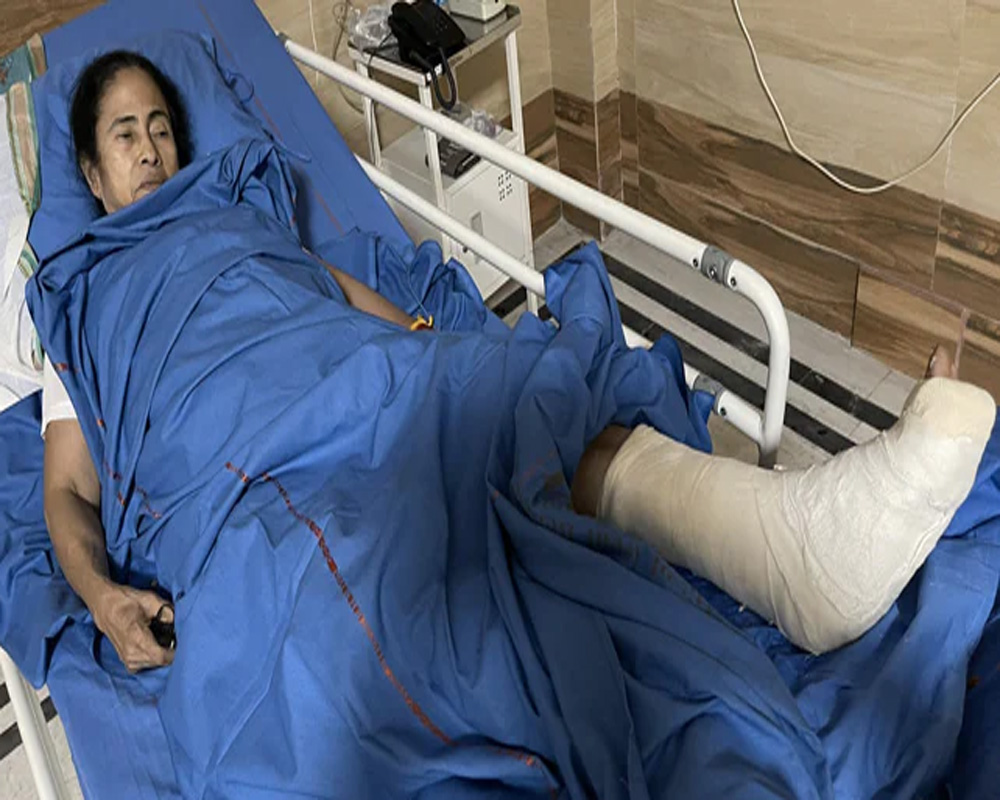 Six TMC MPs from both the Houses of Parliament are expected to arrive in Delhi to join the delegation, a source said.

A delegation of the party met poll panel officials in Kolkata on Thursday and later alleged that the "Election Commission did nothing despite there being reports of a possible attack on Banerjee".

Claiming that the attack was a "deep-rooted conspiracy to take the life of the TMC supremo", party leaders said anti-social elements have been mobilised from the neighbouring states by the BJP in Nandigram to unleash violence.

The EC can't shun responsibility as it is in charge of the law-and-order situation in poll-bound West Bengal, it said.

The Trinamool Congress supremo was injured in the leg after being allegedly pushed by unidentified people near a temple at Reyapara area during campaigning at Nandigram on Wednesday, where the BJP has pitted her protege-turned-adversary Suvendu Adhikari against her.

Banerjee alleged that she was pushed by four to five men while she was trying to get into the car, following which fell flat on her face.