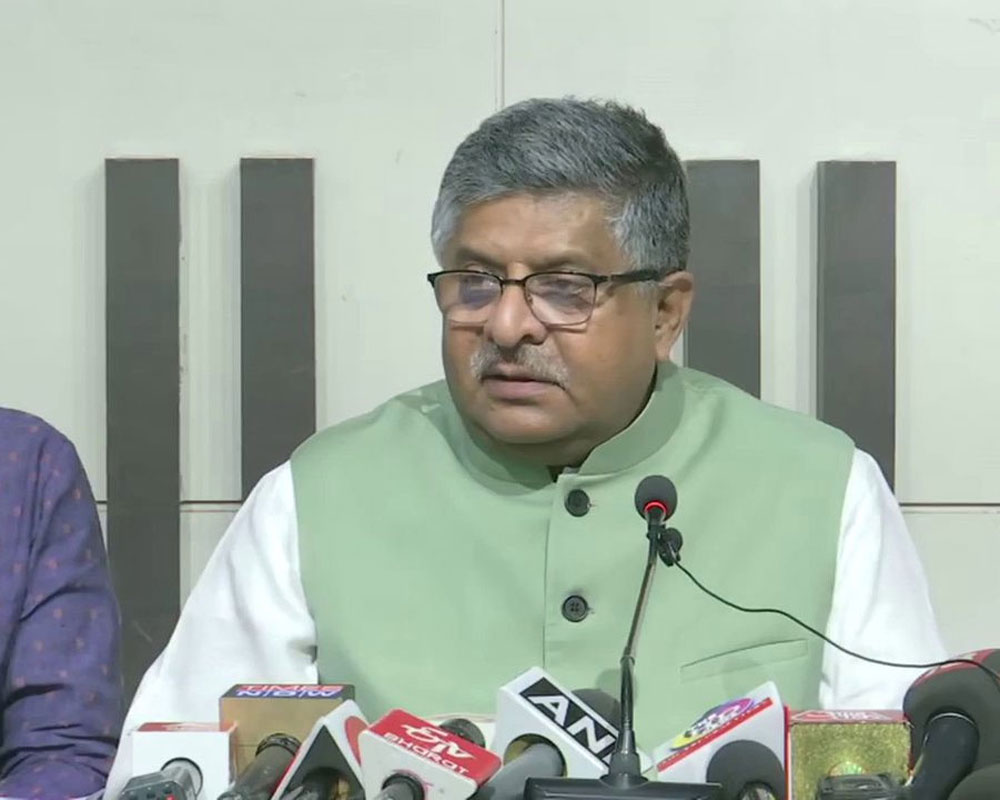 Union minister Ravi Shankar Prasad on Sunday called for a "fair and impartial probe by an outside agency" into the controversy surrounding Mumbai policeman Sachin Waze and his alleged patronisation by top leaders of the ruling Shiv Sena-NCP combine in Maharashtra.

Prasad expressed astonishment over Waze, "a mere assistant inspector", having been defended inside and outside the assembly by none other than Chief Minister Uddhav Thackeray.

He also questioned the "silence" of NCP chief Sharad Pawar in the matter though his party colleague and home minister Anil Deshmukh has been accused of asking the policeman to "extort Rs 100 crore from dance bars etc. Every month".

"The Maha Vikas Aghadi in Maharashtra has been formed with an intention to loot and not to govern. The BJP is going to raise this issue very strongly and will soon hit the streets", Prasad declared at a press conference at the party office here.

Charging Thackeray with having betrayed the NDA for the sake of power, Prasad wondered whether the sordid turn of events were in consonance with the "Jai Maharashtra" (hail Maharashtra) slogan popularised by his late father and Shiv Sena founder Bal Thackeray, "for whom I have tremendous respect".

Referring to the explosive letter written to Thackeray by former Mumbai police commissioner Param Bir Singh, the BJP MP from Patna Sahib said, "extortion is a crime. A policeman indulging in it and that too at the behest of the home minister of the state is a very serious matter.

"It must be probed in an honest and transparent manner by an outside agency".

"What has been alleged in the letter could be just the tip of the iceberg. Maharashtra is a prosperous state.

"If a policeman in Mumbai is asked to extort money for political bosses, we can surmise that there have been similar transgressions at other business hubs like Pune, Nagpur and Jalgaon", Prasad added.

Training his guns at Sharad Pawar, the BJP leader said "the very senior leader" needed to break his "silence" and hold forth as to in what capacity was he recently "briefed" about the whole episode by Anil Deshmukh.

"Pawar is not a part of the government. Moreover, the so- called briefing makes it amply clear that he is aware of the serious charges against a member of his party. As a party chief, what action is he going to take", Prasad asked.

The Union minister also demanded an explanation from the Maharashtra government as to "under pressure from whom" was Waze, who had been suspended for years and joined the Shiv Sena, reinstated during the COVID crisis last year.

He also sought to know how the assistant sub-inspector came to head the crime intelligence unit of the Mumbai police "which should normally be helmed by an SP or at least a Deputy SP".

Waze, once hailed as an "encounter specialist", hit the headlines recently in the aftermath of an explosives laden vehicle being found parked outside the residence of Reliance chairman Mukesh Ambani.

Param Bir Singh, who was transferred following the grave security lapse, came out with his litany of shocking allegations soon after being shifted from the top post.