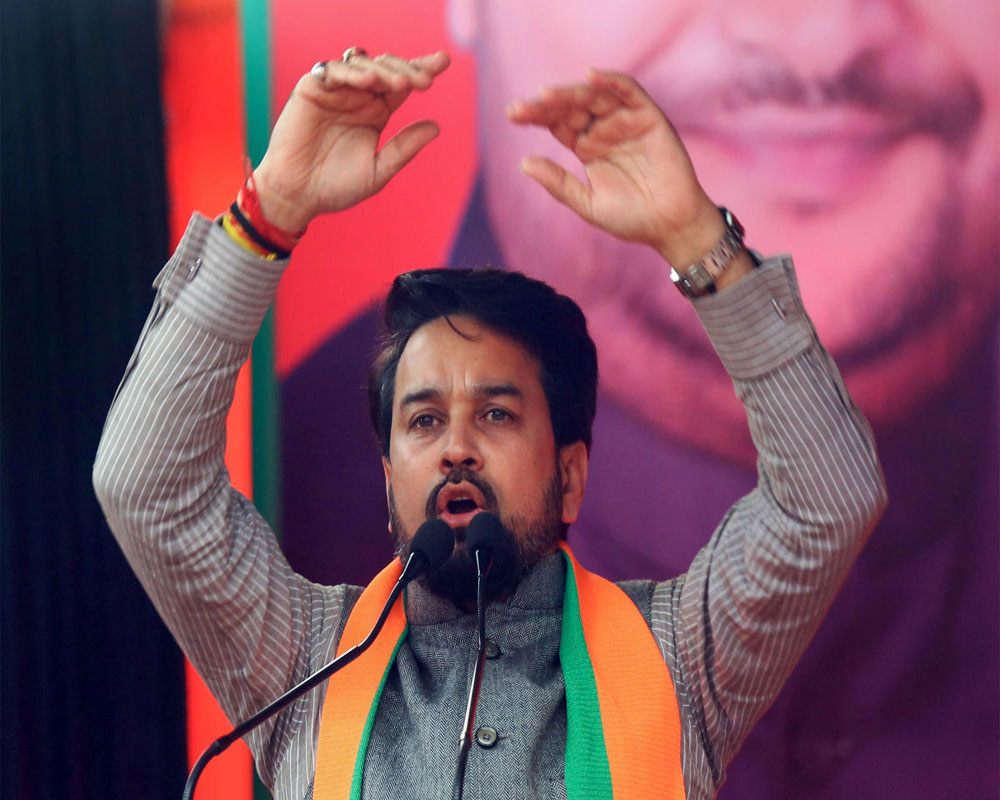 Union minister Anurag Thakur on Sunday hit out at the CPI(M)-led LDF government for registering a case against Enforcement Directorate officials probing the gold smuggling case,saying any attempt to hamper it by such acts 'clearly shows what is troubling them".

"If they try to hamper progress of the ongoing investigation by filing a police case against ED officials, it clearly shows what is troubling them.

"... They are unable to answer questions raised by these officials", the union minister of state for Finance and Corporate Affairs told reporters here.

Kerala police had registered the case against ED officials for allegedly forcing Swapna Suresh, key accused in the gold smuggling case, to give statements against Chief Minister Pinarayi Vijayan.

The case was registered under various sections of the IPC after Sureshwas questioned by ED on August 12 and 13 last year and was allegedly forced to give false statements against the chief minister in order to create fake evidence.

Thakur, who is in Kerala for campaigning for the BJP-NDA candidates in the April 6 assembly polls, demanded to know on whose instructions police had filed the case.

"Corruption is the hallmark of the Left government, he said adding the larger question at this juncture is, who is afraid ?.

The officials will bring out names after the probe, but people of Kerala are aware of those involved in the case.

Were senior officers, ministers involved ? or are they apprehending that more such corruption cases will come tumbling out in future?", he asked.

Suresh, a former employee of the UAE consulate here, is the prime accused in the case relating to the smuggling of gold worth 30 kg of gold worth Rs 14.82 crore in a diplomatic baggage and now under judicial custody since her arrest.

Besides the ED, the Customs and National Investigation Agency are also probing thecase.