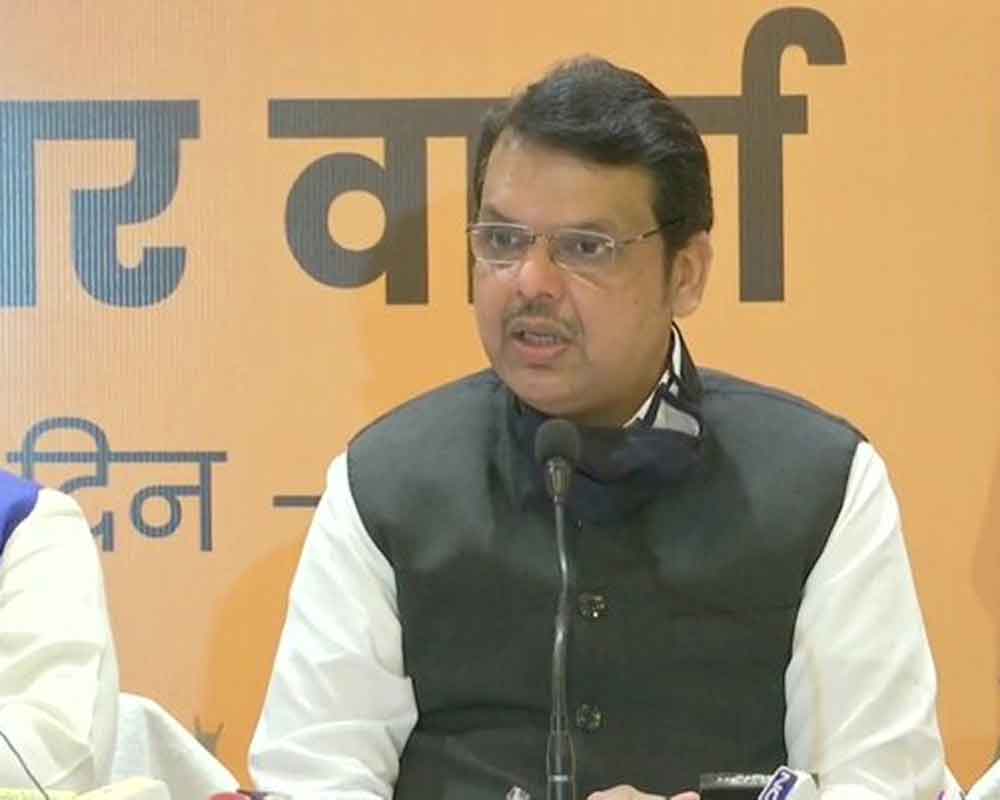 Maharashtra BJP leader Devendra Fadnavis on Monday hit out at the Shiv Sena after the latter targeted the Centre on the Supreme Court constituting a 12- member national task force to formulate a methodology for allocation of medical oxygen to states and UTs.

In a series of tweets, Fadnavis, who also shared pages of the apex court's order, said the Central government itself, through the Solicitor General of India, had suggested the constitution of the task force of experts.

The Supreme Court recently constituted a 12-member national task force of top medical experts to formulate a methodology for allocation of oxygen to states and Union Territories amid the COVID-19 pandemic.

The Shiv Sena had, in an editorial in its mouthpiece 'Saamana' on Monday, claimed the SC constituted the task force considering the COVID-19 situation, and alleged "those ruling the country are engaged in politics".

Without naming the BJP or its leaders, the Shiv Sena also alleged they were busy in appointing chief minister of Assam (where the BJP won Assembly polls recently) and in "conspiring" to not let the TMC government in West Bengal do its work.

"...As clearly seen in the attached pages of the order, the GoI itself, through the Solicitor General, suggested to constitute a national task force of experts, which would determine the method of allocation & distribution of oxygen across States & UTs," Fadnavis tweeted.

Fadnavis, a former Maharashtra CM, indulged in some word play and said one is faced with lies while reading 'Saamana' every morning.

Fadnavis said how could one be so "shallow" to write or speak on a serious issue like a Supreme Court order "without even reading the details".

"Apart from this, he (Solicitor General) has also informed that there is adequate oxygen resources and steps for augmentation are being undertaken at the highest level. To remove bottlenecks, importing of tankers for transportation is in continuous process too. So, why BLATANT LIE again & again?" the senior BJP said attacking the Sena.