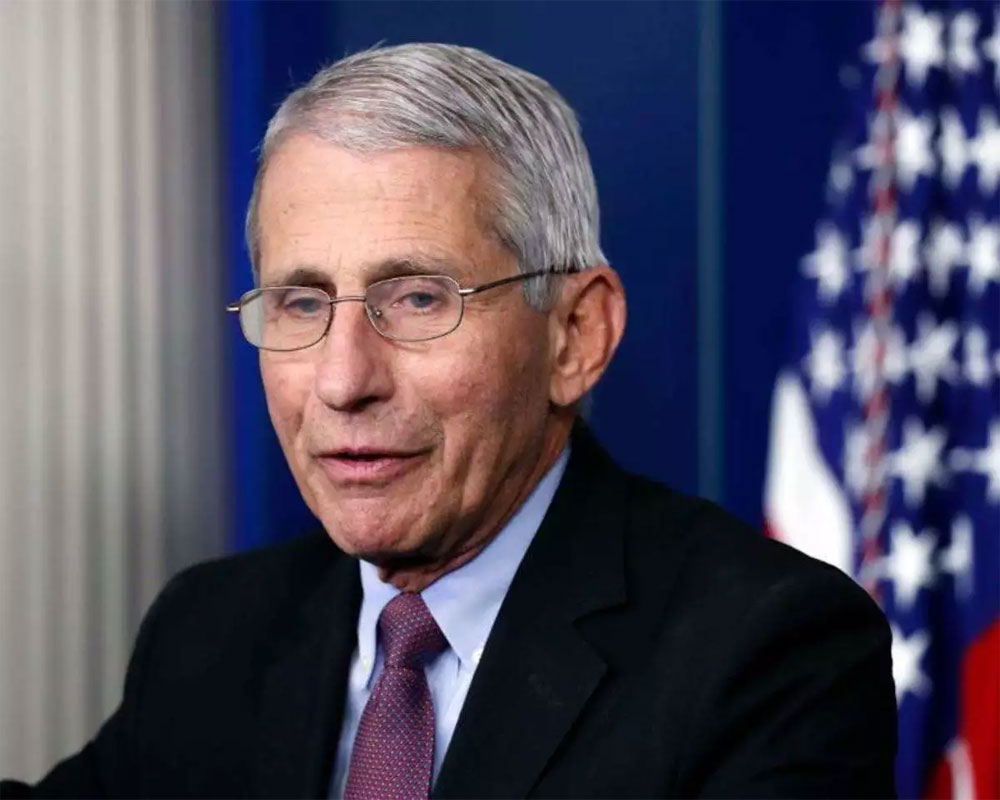 The Delta variant has emerged as the greatest threat to the efforts of combatting the coronavirus pandemic in the US as it now accounts for more than 20 per cent of cases in the country, top infectious disease expert Dr. Anthony Fauci has said.

"As was the case with B117 -- we seem to be following the pattern with the Delta variant, with a doubling time of about two weeks if you look from the May 8th with 1.2, to 2.7, to 9.9, and as of a couple of days ago, 20.6 per cent of the isolates are Delta," Fauci said at a White House briefing on Tuesday.

"Similar to the situation in the UK, the Delta variant is currently the greatest threat in the US to our attempt to eliminate Covid-19," he added.

US President Joe Biden had earlier set a target of vaccinating 70 per cent of the country's adult population with at least one dose by July 4. However, it looks like the country may narrowly miss the target.

Currently, 65 per cent of the adult population has gotten at least one shot and 56 per cent are fully vaccinated, according to data from the US Centers for Disease Control and Prevention (CDC). At current rates, the US is on track to get to about 67 per cent people with at least one shot by July 4.

"Our aspirational goal for July 4th was 70 per cent of the adult population receiving at least one dose, but that is not the goal line, nor is it the endgame. The endgame is to go well beyond that, beyond July 4th, into the summer and beyond, with the ultimate goal of crushing the outbreak completely in the United States," Fauci said.

Under-vaccinated people, particularly the young individuals between 18 and 26 are the main obstacles for that, said Fauci, who is director of the National Institute of Allergy and Infectious Diseases.

Further, he said that the Delta variant is a growing threat and is more transmissible than the original Covid virus and Alpha variant.

"The transmissibility is unquestionably greater than the wild-type SARS-CoV-2, as well as the Alpha variant. It is associated with an increased disease severity, as reflected by hospitalisation risk, compared to Alpha. And in lab tests, associated with modest decreased neutralisation by sera from previously infected and vaccinated individuals," Fauci noted.

However, good news is that the vaccines Pfizer-BioNTech and Oxford-AstraZeneca are effective against the Delta variant, said the 80-year-old Coronovirus pandemic advisor to the US President.