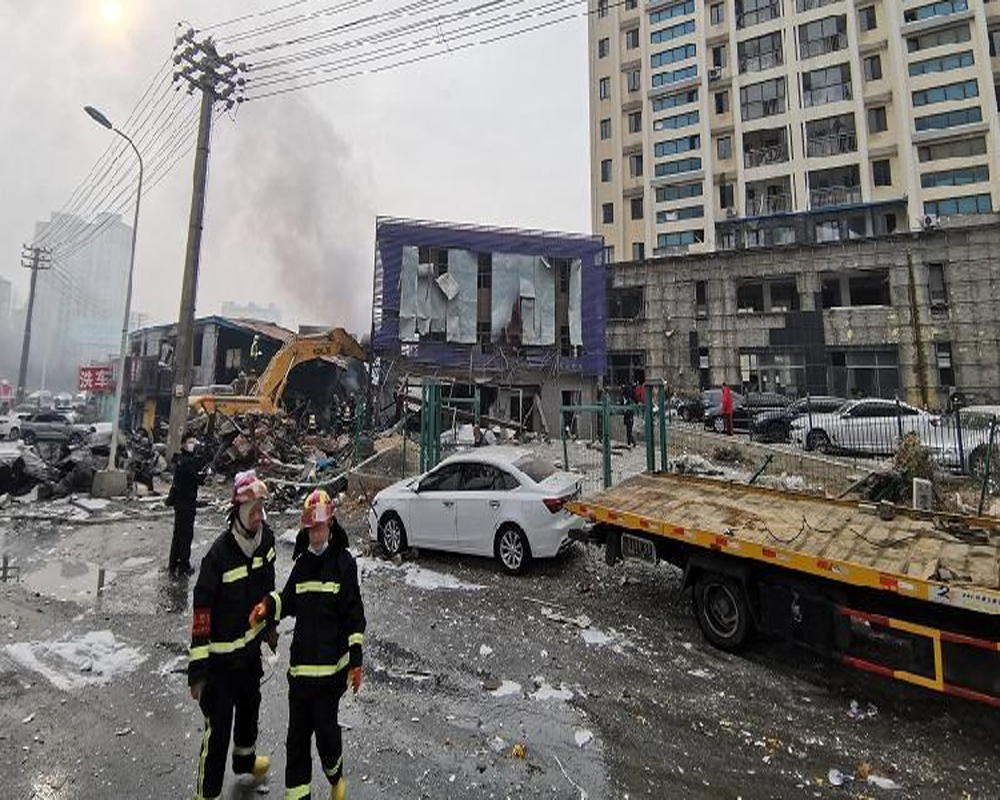 At least 11 people were killed and 37 others seriously injured in a huge gas explosion in central China's Hubei Province on Sunday, official media reported.

The blast took place at about 6:30 am local time in the Zhangwan district of Shiyan city. Media reports said a market in the district was hard hit.

Eleven people were killed and 37 others injured in the explosion which has destroyed several buildings, state-run CGTN-TV reported.

Hong Kong-based South China Morning Post reported that the explosion took place at the Yanhu market in Shiyan when many residents were having breakfast or buying vegetables in the market.

The city's municipal office initially said "many" people were trapped after the incident.

The cause of the accident is under investigation.