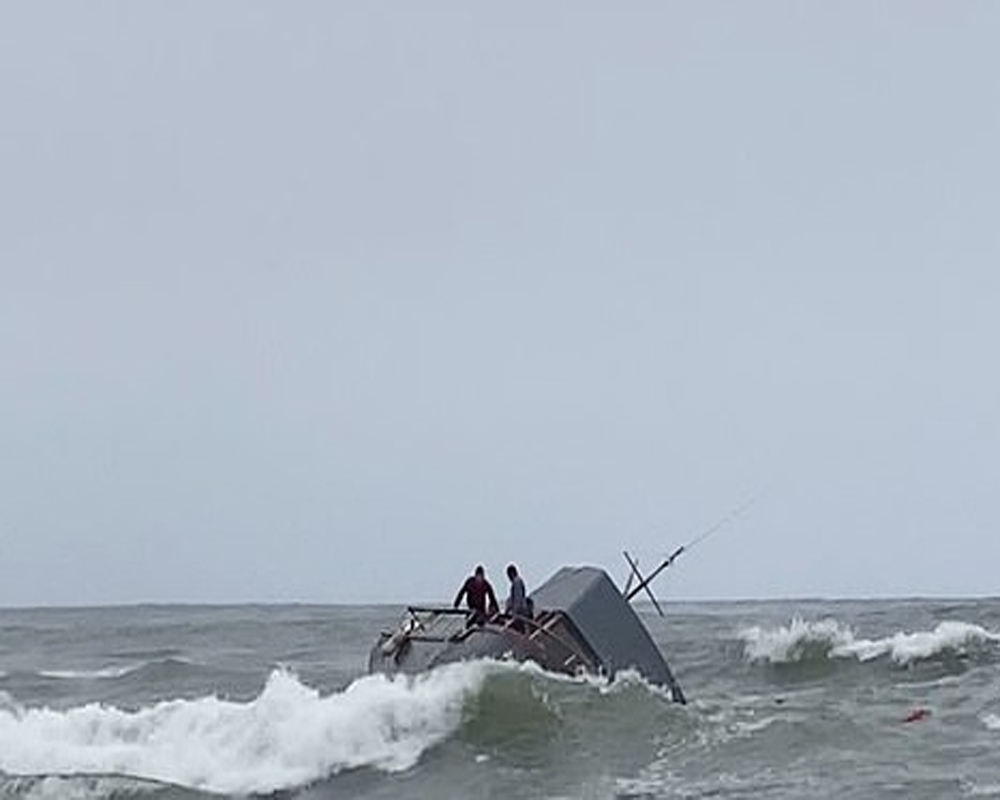 Two people were killed and nearly two dozen others were hospitalised after a wooden boat capsized Sunday during a possible human smuggling operation just off the San Diego coast, authorities said.

Local lifeguards, the US Coast Guard and other agencies responded around 10.30 am following reports of an overturned vessel near the peninsula of Point Loma, according to the San Diego Fire-Rescue Department.

Two patients died at the scene and 23 people were transported to hospitals with “varying degrees of injuries,” department spokesman Jose Ysea said.

Ysea said when he arrived on scene near the Cabrillo National Monument there was a “large debris field” of broken wood and other items in the choppy waters.

“In that area of Point Loma it's very rocky. It's likely the waves just kept pounding the boat, breaking it apart," Ysea said.

He said it was possible, but not confirmed, that the group had been packed in a low-slung panga boat, a type of small motorized vessel often made of wood used by smugglers to bring people illegally into the US from Mexico.

Officials believed everyone on board was accounted for, but crews in boats and aircraft continued to search the area for other possible survivors, Ysea said.

US Border Patrol didn't immediately respond to inquiries about the capsizing. A news conference was scheduled for Sunday afternoon.

Border Patrol often spots pangas off the San Diego coast, many of them crowded with about 20 passengers. Some boats have landed hundreds of miles north of the border. Deaths are unusual but not unprecedented.

On Thursday, border officials intercepted a panga type vessel travelling without navigation lights 11 miles (18 kilometers) off the coast of Point Loma with 21 people on board.

The crew took all 15 men and six women into custody.

Agents determined all were Mexican citizens with no legal status to enter the US, according to a statement released by Customs and Border Protection. Two of the people on the boat, the suspected smugglers, will face federal charges, it said.

Border Patrol on Friday said law enforcement officials would be ramping up operations to disrupt maritime smuggling off the coast of San Diego this weekend.

As warmer weather comes to San Diego, there is a misperception that it will make illegal crossings safer or easier, the agency said in a statement.