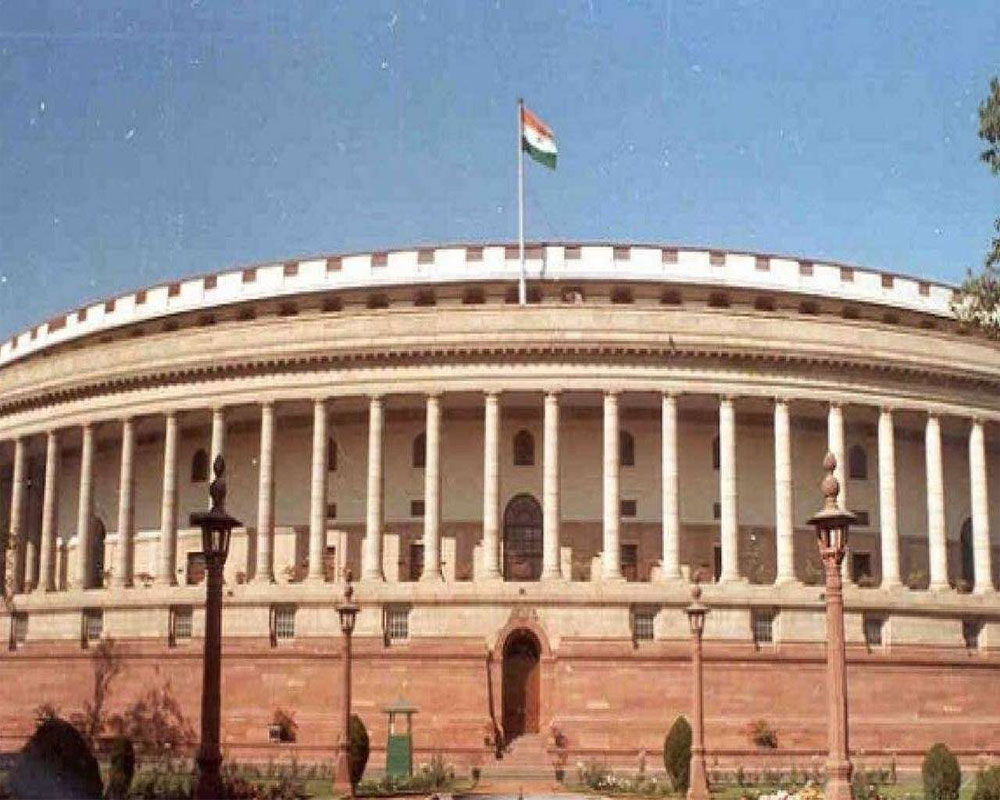 The Rajya Sabha on Wednesday passed three Bills amid protests from the opposition. The Bills were passed in approximately 45 minutes of the House proceedings.

When the House met again, the Bill was passed at 3.12 p.m. in approximately 16 minutes and after passing the Bill the House was adjourned for the day.

Earlier, the House was adjourned till 2 p.m. after the opposition sloganeering.

The opposition is alleging that the government is demeaning the Parliament process. Finance Minister Nirmala Sitharaman while replying on the Bills slammed the opposition.

During the day eighteen leaders of the like-minded opposition parties issued a joint statement and demanded discussion on the Pegasus snooping issue.

The statement reads: "The opposition parties stand firm and united on their demand for a discussion on the Pegasus issue in both the Houses, replied to by the Home Minister, as this has national security dimensions."

The opposition has also unequivocally conveyed that 'the discussion on the farmers' issues and agitations arising from the three anti-farmers and black agri-laws should follow the discussion on Pegasus'.

"It is unfortunate that the government has unleashed a misleading campaign to malign the combined opposition and blame it for the continued disruption in Parliament. The responsibility for the deadlock lies squarely at the doorsteps of the government, which remains arrogant and obdurate and refuses to accept the opposition's demand for an informed debate in both the Houses," it said.