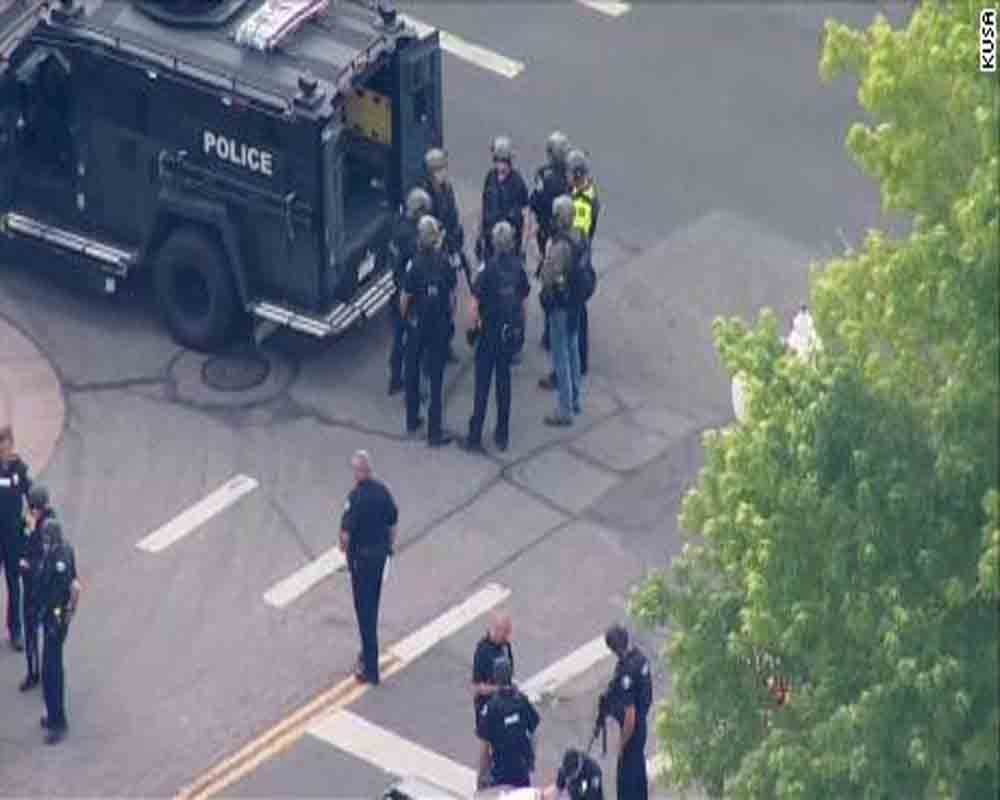 Three people were killed in a shooting in the US state of Colorado, authorities said, adding that the suspect was killed by the police.

The Arvada Police Department announced that that there was a shooting on Monday in Olde Town Arvada and described it as an "active situation" and "very large-scale scene", reports Xinhua news agency

A police officer was killed in the square near the Arvada Library, and his identity will be released after the family is notified, KUSA-TV, an NBC-affiliated television station, reported, citing the Department as saying.

The police said the suspect will be identified by the coroner's office.

Another person, police believe, was shot by the gunman, and died after he was transported to the hospital, the news outlet reported.

Arvada, with an estimated population of 120,000, is located around 16 km from downtown Denver.

"We are closely monitoring the troubling situation in Arvada. My thoughts are with the family and friends of the officer who was tragically killed in the line of duty while swiftly and bravely responding to protect civilians in the area," said Colorado Governor Jared Polis in a statement.

"It's a horribly sad day for the city of Arvada," Arvada Mayor Marc Williams was quoted as saying by KCNC-TV, a CBS owned-and-operated television station, noting that the community has been very safe for many years and "only lost two officers on duty in the history of the city".

The shooting came after two high-profile mass shootings in Colorado this year.

Seven people, including a gunman, were killed after a mass shooting at a birthday party in Colorado Springs in the state on May 9.

Ten people, including one police officer, were killed in a mass shooting at a supermarket in Boulder on March 22.

There have been 297 mass shootings and more than 20,800 people died from gun violence so far in the US this year, according to data from Gun Violence Archive.