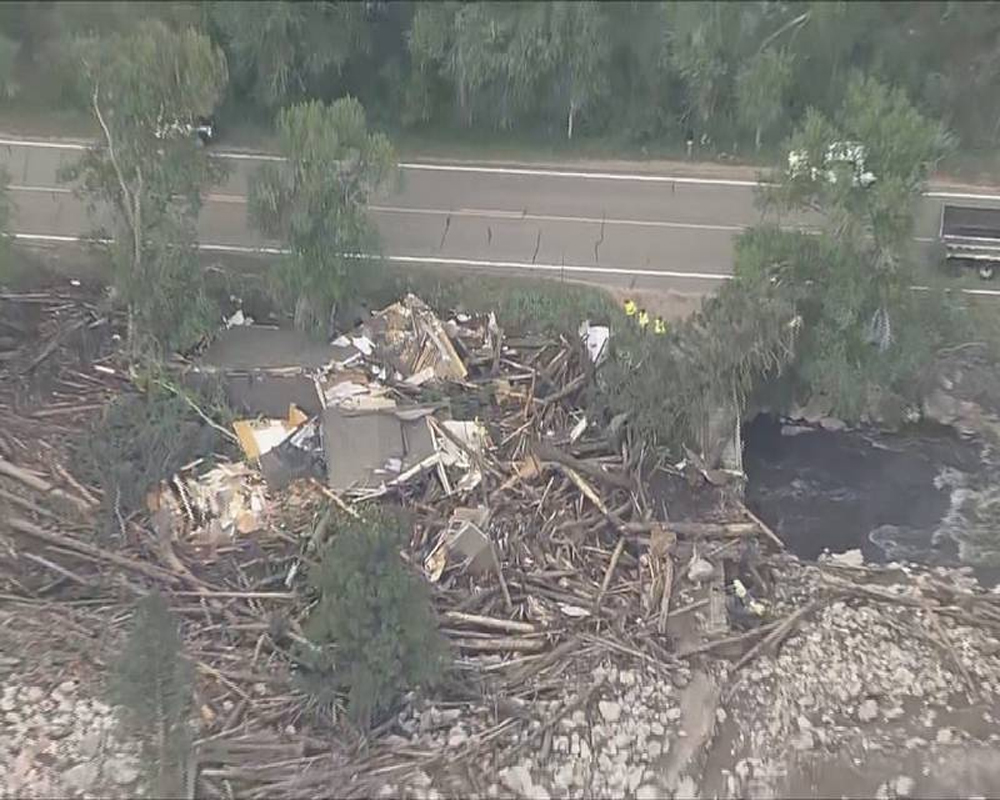 Authorities have recovered the body of a third person who died during flooding and mudslides in an area of northern Colorado that was burned by a massive wildfire. One person is still missing.

The Larimer County Sheriff's Office was notified Monday that a man's body was found in the Poudre River, a day after another man was found dead in the waterway.

On Tuesday, a woman's body was found near the small community of Rustic, about 100 miles (161 kilometers) northwest of Denver, shortly after a mudslide sent a wave of debris into scenic, winding Poudre Canyon.

Six homes were destroyed and another was damaged, all on the same road, the sheriff's office said.

The flooding and slides happened in area that was burned last year by the 326-square-mile (844-square-kilometer) Cameron Peak Fire, the largest in Colorado's history.

Extreme temperatures, low humidity, gusty winds and rough terrain contributed to the rapid growth of the fire, the first to spread to about 313 square miles (811 square kilometers) in the state, according to federal fire managers.

A large amount of trees killed by beetles and stricken by the drought also fueled the growth of the fire, according to their final summary.

Scientists say climate change is responsible for more intense and frequent extreme weather like flooding and droughts and events like wildfires.

But more research is needed to determine how much global warming is to blame, if at all, for a single event.