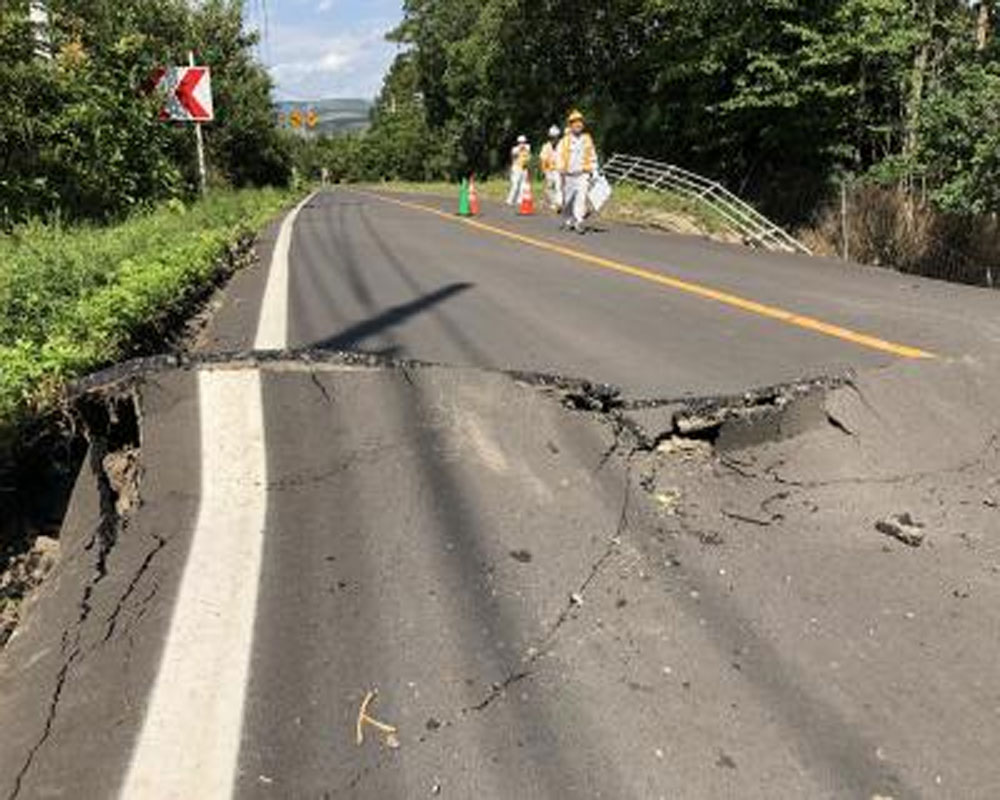 An earthquake measuring 5.4 on the Richter scale struck Japan's Hokkaido Prefecture, according to authorities.

The Japan Meteorological Agency (JMA) said the temblor occurred at 8.08 p.m. on Sunday night, with its epicentre at a latitude of 43.5 degrees north and a longitude of 142.7 degrees east, and at depth of 30 km, reports Xinhua news agency.

The quake logged 3 in some parts of Hokkaido Prefecture on the Japanese seismic intensity scale which peaks at 7.

So far no tsunami warning has been issued and there were no reports of damages.