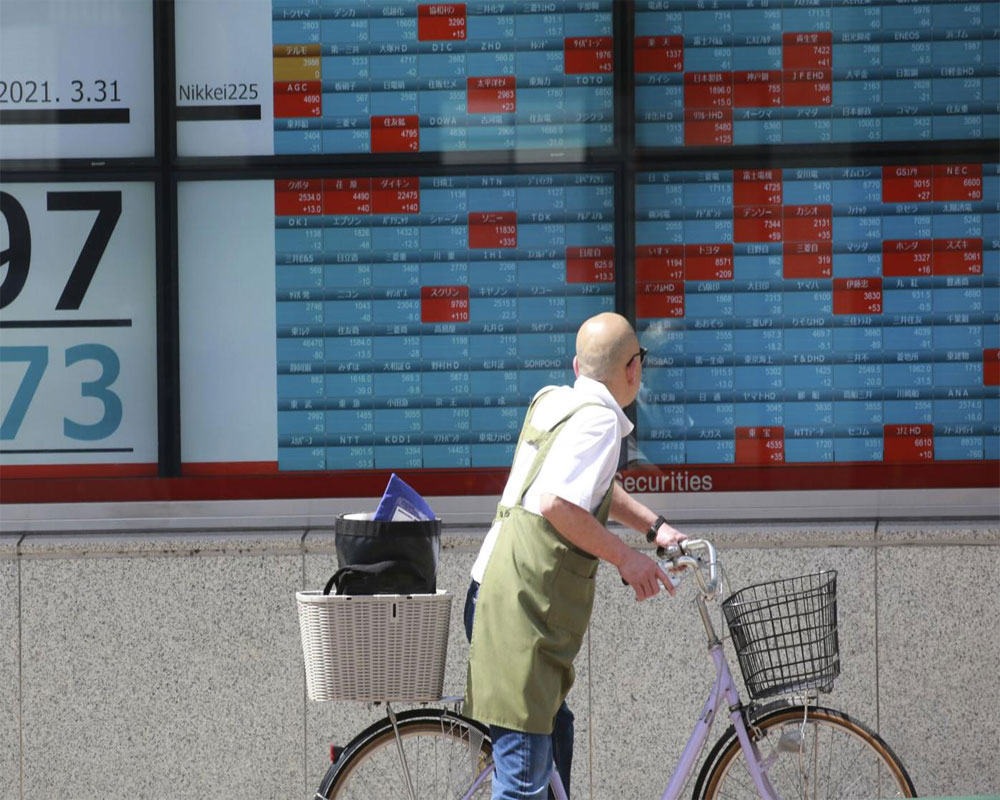 Asian shares were mostly lower Wednesday despite data that pointed to a strong economic recovery in China, as worries lingered about the pandemic.

The monthly index of manufacturing issued by the China's statistics agency and an industry group rose to 51.9 from February's 50.6 on a 100-point scale on which numbers above 50 show activity expanding.

Chinese manufacturing has recovered to above pre-pandemic levels in most industries but consumer and export demand have been slower to bounce back. Restrictions on trade in technology have also hurt exports, economists said.

“Let's reiterate that the technology war is the No. 1 risk faced by China in 2021. Chinese companies continue to face difficulties in buying and selling technology parts, products and services from companies on the U.S. Entity list, which can include non-U.S. Companies,” said Iris Pang, chief economist at IG.

“Another risk, which is hopefully temporary, is the fragile recovery of export demand that comes from restrictive social distancing measures, and even lockdowns, in the US and Europe,” Pang said in a commentary.

Mitsubishi UFJ Financial Group shares dropped 3.3 per cent in Tokyo trading after one of its group companies, Mitsubishi UFJ Securities Holdings Co. Said it may suffer losses estimated at USD 300 million related to a US client. It did not give details.

Nomura Holdings shares continued their slide after a similar statement earlier in the week, slipping 2.5 per cent Wednesday.

The yield on the 10-year Treasury rose to 1.73 per cent. Its jump this year has forced investors to reconsider paying such high prices for many stocks, particularly the tech giants that were big winners earlier in the pandemic.

Investors are awaiting details of President Joe Biden's proposals for spending perhaps even more than USD 3 trillion on infrastructure and other measures to help the economy and environment.

Despite the pressure on big tech stocks, most professional investors remain optimistic that the broader market can keep rising. A stronger economy thanks to COVID-19 vaccinations and massive spending by the US government should help boost profits for many companies this year, particularly those like banks, energy producers and industrial companies.

Much of the market's choppiness is reflecting that expectation. Investors have been shifting money away from companies like Amazon and Netflix, which benefited from a world on lockdown, to airlines, automakers and others that are poised to benefit from a broader reopening.