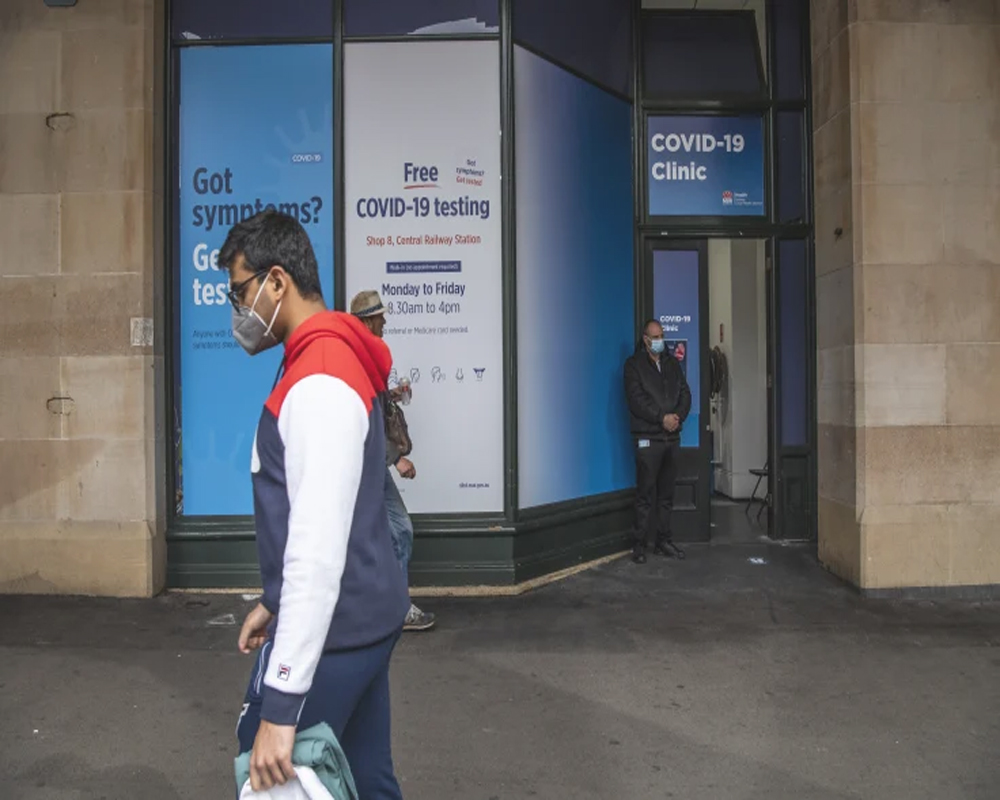 Australian officials confirmed Sunday that two overseas travellers arriving in Sydney had tested positive for the omicron variant of the coronavirus, as nations around the world tightened controls against the worrying new strain.

The two passengers were among a group of 14 others who arrived in Australia from southern Africa on Saturday, They were asymptomatic and were both vaccinated for COVID-19. The remaining 12 have been placed in quarantine.

Neighbouring New Zealand announced it was restricting travel from nine southern African countries because of the threat posed by the variant, and Japan widened its border controls to include more countries from the region.

Tourist-dependent Thailand, which only recently began loosening its tight border restrictions to leisure travellers from certain countries, announced a ban of its own on visitors from eight African counties. Similar restrictions took effect in the business hub of Singapore, which is barring entry and transit to anyone with a recent history of travel to seven southern African nations.

Sri Lanka banned disembarkation of passengers arriving from six African countries due to the detection of the omicron variant, as did the Maldives, the luxury Indian Ocean resort archipelago.

Israel went further, barring entry to all foreign nationals, mandating quarantine for all Israelis arriving from abroad and red-listing travel to 50 African countries. It also approved use of the Shin Bet internal security agency's controversial phone monitoring technology to perform contact tracing of individuals confirmed with the new omicron variant of coronavirus in Israel.

The tighter restrictions reflect steps rapidly taken by countries around the world to limit the spread of the omicron variant just days after it was identified by researchers in South Africa. The act first, ask questions later approach reflected growing alarm about the emergence of a potentially more contagious variant nearly two years into a pandemic that has killed more than 5 million people, upended lives and disrupted economies across the globe.

While much remains to be learned about the new variant, researchers are concerned that it may be more resistant to the protection provided by vaccines and could mean that the pandemic lasts for longer than anticipated.

Cases involving the omicron variant have already been confirmed on multiple continents, with Germany, Italy, Belgium, Israel and Hong Kong all reporting cases in recent days.

The United States' top infectious diseases expert, Dr. Anthony Fauci, said he would not be surprised if the omicron variant was already in the U.S., too.

“We have not detected it yet, but when you have a virus that is showing this degree of transmissibility ... It almost invariably is ultimately going to go essentially all over,” Fauci said on NBC television.

In Australia, the New South Wales health department said the infected travelers were from one of nine African countries that are now required to quarantine in a hotel upon arrival in Sydney. The countries are South Africa, Lesotho, Botswana, Zimbabwe, Mozambique, Namibia, Eswatini, Malawi and the Seychelles.

New Zealand's COVID-19 Response Minister Chris Hipkins said the island nation was taking a precautionary approach. From late Sunday, only New Zealand citizens from nine African countries will be allowed entry to New Zealand, and they will be required to spend two weeks in a quarantine hotel run by the military.

Hipkins said officials were confident the variant hadn't entered New Zealand and they were well placed to keep it out.

Many countries have slapped restrictions on various southern African countries over the past couple of days, including Brazil, Canada, the European Union, Iran, and the U.S., in response to warnings over the transmissibility of the new variant. This goes against the advice of the World Health Organization, which has warned against any overreaction before the variant was thoroughly studied.