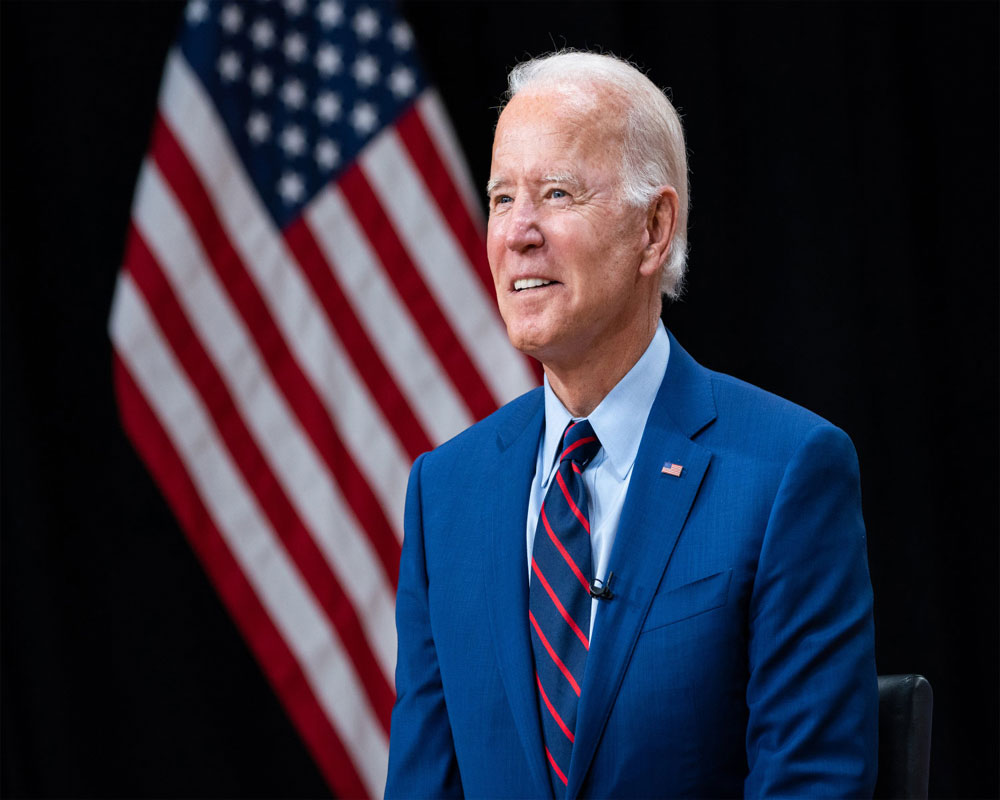 President Joe Biden has lifted a freeze on green cards issued by his predecessor during the pandemic that lawyers said was blocking most legal immigration to the United States.

Former President Donald Trump last spring halted the issuance of green cards until the end of 2020 in the name of protecting the coronavirus-wracked job market — a reason that Trump gave to achieve many of the cuts to legal immigration that had eluded him before the pandemic.

Trump on December 31 extended those orders until the end of March.

Biden stated in his proclamation on Wednesday that shutting the door on legal immigrants “does not advance the interests of the United States".

“To the contrary, it harms the United States, including by preventing certain family members of United States citizens and lawful permanent residents from joining their families here. It also harms industries in the United States that utilize talent from around the world," Biden stated in his proclamation.

Most immigrant visas were blocked by the orders, according to immigration lawyers.

As many as 120,000 family-based preference visas were lost largely because of the pandemic-related freeze in the 2020 budget year, according to the American Immigrant Lawyers Association. Immigrants could not bring over family members unless they were US citizens applying for visas for their spouses or children under the age of 21.

It also barred entry to immigrants with employment-based visas unless they were considered beneficial to the national interest such as health care professionals.

And it slammed the door on thousands of visa lottery winners who were randomly chosen from a pool of about 14 million applicants to be given green cards that would let them live permanently in the United States.

The blocked visas add to a growing backlog that has reached 437,000 for family-based visas alone, said California immigration lawyer Curtis Morrison, who represented thousands of people blocked by the freeze.

“I'm thrilled for my clients who are now in a position that they can now enter the US," he said. “But that backlog will take years if the administration does not take ambitious measures."

A federal judge last year issued a ruling that all but lifted Proclamation 10052 by allowing temporary foreign workers to enter the United States if their employers are members of the US Chamber of Commerce or several other large organisations that represent much of the US economy.

But Proclamation 10014 continued to block thousands of immigrants.

Immigration lawyers said they were surprised Biden did not immediately lift the freeze like he did with Trump's travel ban imposed against people from mostly Muslim-majority countries. As a result, some immigrants blocked by the travel ban found they still could not come to the United States because of the freeze.

Biden's actions come only days after thousands of visa lottery winners at risk of having their visas expire won a court order that put their visas on hold by the judge in the case. Now they will be allowed to use their visas to enter the country.

The United States makes available up to 55,000 visas a year for immigrants whose nationalities are under-represented in the US population. The visas must be used within six months of being obtained.

Meanwhile, Biden has proposed legislation that would limit presidential authority to issue future bans against immigrants.

The president has not said whether there will be any redress for visa lottery winners who lost out because of the pandemic-era policies. But he is calling for the US to increase the number of diversity visas available via the lottery each year from 55,000 to 80,000.