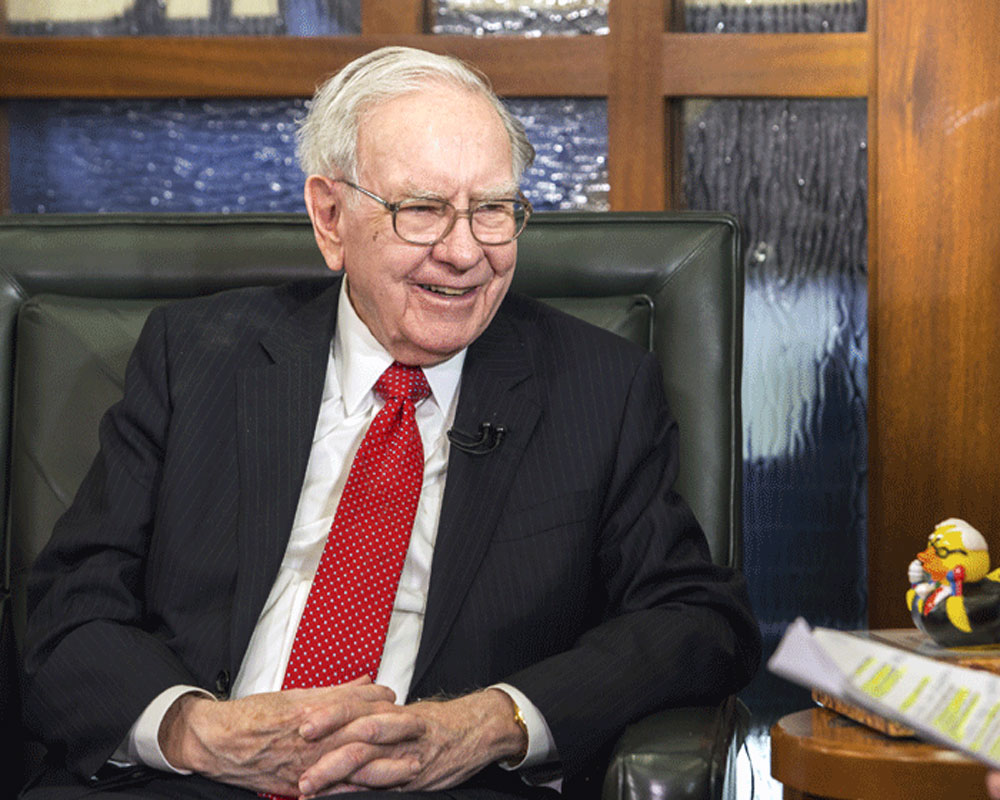 Ace investor Warren Buffett is of the view that fixed-income investors might face a bleak future.

In his letter to the shareholders of Berkshire Hathaway, Buffet said: "Fixed-income investors worldwide -- whether pension funds, insurance companies or retirees -- face a bleak future."

He also said that bonds are not the place to be these days.

"Can you believe that the income recently available from a 10-year US Treasury bond -- the yield was 0.93 per cent at yearend -- had fallen 94 per cent from the 15.8 per cent yield available in September 1981? In certain large and important countries, such as Germany and Japan, investors earn a negative return on trillions of dollars of sovereign debt," he wrote.

He noted that some insurers, as well as other bond investors, "may try to juice the pathetic returns now available by shifting their purchases to obligations backed by shaky borrowers". Risky loans, however, are not the answer to inadequate interest rates, added the Oracle of Omaha.

Talking of Berkshire Hathaway, he noted that the largest in value is its property or casualty insurance operation, which for 53 years has been the core of Berkshire.

"Our family of insurers is unique in the insurance field. So, too, is its manager, Ajit Jain, who joined Berkshire in 1986. Overall, the insurance fleet operates with far more capital than is deployed by any of its competitors worldwide."

That financial strength, coupled with the huge flow of cash Berkshire annually receives from its non-insurance businesses, allows its insurance companies to safely follow an equity-heavy investment strategy not feasible for the overwhelming majority of insurers, said the Chairman of Berkshire Hathaway.

"Those competitors, for both regulatory and credit-rating reasons, must focus on bonds," Buffett told the shareholders.