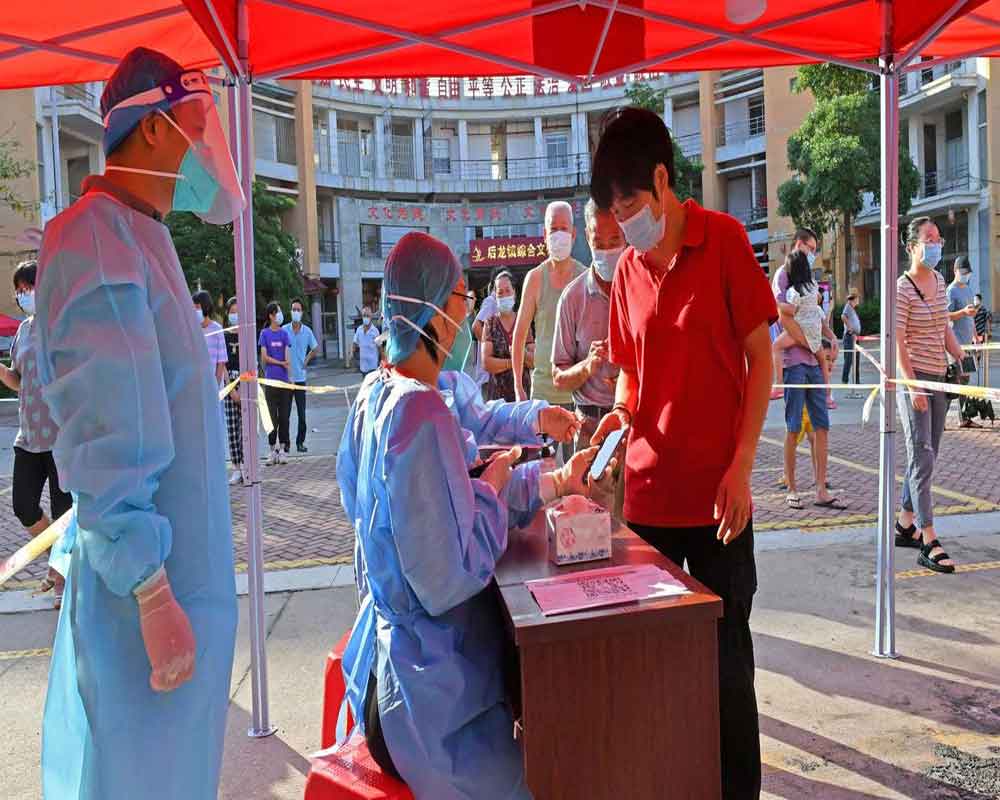 China has reported another 62 cases of COVID-19, even as the number of Chinese citizens fully vaccinated has topped 1 billion.

All but one of the cases was detected over the previous 24 hours in the eastern coastal province of Fujian in China's latest outbreak of the delta variant, the National Health Commission said on Friday.

That came a day after health officials announced that more than 1 billion Chinese, or 72% of all 1.4 billion citizens of the world's most populous country, have been fully vaccinated. The National Health Commission says 2.16 billion doses have been administered.

Nearly 300 cases have been detected in Fujian over the past week, prompting authorities to lock down affected neighborhoods, close schools and entertainment venues and restrict travel out of the province.

China has largely stopped the spread by imposing restrictions and mass testing whenever new cases are found. It also limits entry to the country and requires people who arrive to quarantine in a hotel for at least two weeks.

The efficacy of Chinese vaccines has been questioned, however, and it's not clear how many of those newly infected had received their jabs.

China has recorded a total of 4,636 deaths among 95,577 cases of COVID-19, with 916 people currently receiving treatment for the disease.