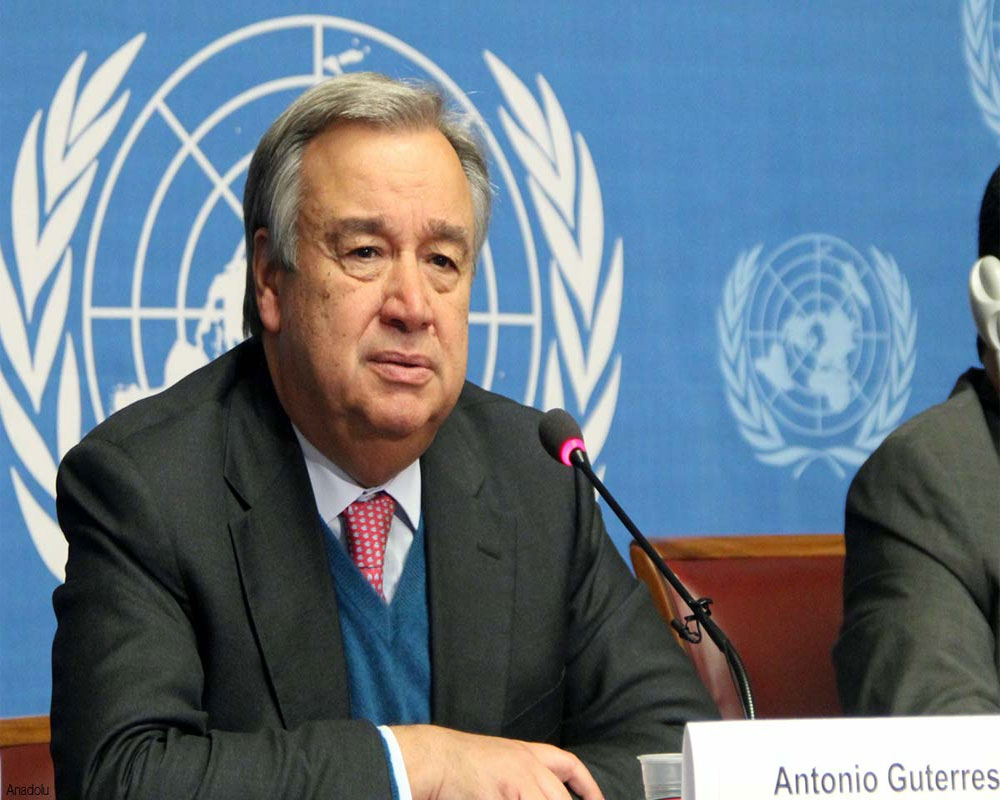 UN Secretary-General Antonio Guterres has welcomed the US re-joining the landmark Paris climate accord, saying he is committed to working closely with the new Biden administration to overcome the climate emergency and recover better from the COVID-19 crisis.

Hours after he was sworn in, President Joe Biden announced the US plans to re-enter the  international climate agreement signed in 2015 to limit global warming. The US abandoned the agreement late last year on then President Donald Trump's orders.

A new instrument of acceptance of the Paris Agreement by the US was signed by President Biden on Wednesday and deposited with the Secretary-General on the same day. The Paris Agreement will enter into force for the US on February 19, 2021.

“I warmly welcome President Biden's steps to re-enter the Paris Agreement on Climate Change and join the growing coalition of governments, cities, states, businesses and people taking ambitious action to confront the climate crisis,” Guterres said in a statement issued by his spokesperson.

Biden signed several key executive orders just hours after being sworn-in as the 46th President of the United States and rejoining the Paris climate accord was among the first steps of the new presidency.

Trump had announced his decision to withdraw the US from the historic Paris Agreement on climate change in June 2017 and America was out of the pact on November 4, 2020, joining only two other nations on the planet - Syria and Nicaragua - which were not part of the climate accord.

Guterres had then called the decision by the US to withdraw from the Paris Agreement as a “major disappointment for global efforts to reduce greenhouse gas emissions and promote global security.”

As a presidential candidate, Biden had vowed to bring the US back to the Paris Agreement, which aims to strengthen the global response to the threat of climate change by keeping the global temperature rise in this century well below 2 degrees Celsius above pre-industrial levels and to pursue efforts to limit it to 1.5 degrees Celsius.

Welcoming Biden's decision to re-enter the climate deal, Guterres said, “We look forward to the leadership of the United States in accelerating global efforts towards net zero,” including by bringing forward a new nationally determined contribution with ambitious 2030 targets and climate finance in advance of COP26 in Glasgow later this year.

The UN chief said he is “committed to working closely” with Biden and other leaders to overcome the climate emergency, and recover better from COVID-19.

In a tweet, the UN chief said "with all countries fully engaged, we have a real opportunity to prevent climate catastrophe & embark on transformative #ClimateAction."

He added that the commitment by President Biden brings that figure to two-thirds. “But there is a very long way to go. The climate crisis continues to worsen and time is running out to limit temperature rise to 1.5 degrees Celsius and build more climate-resilient societies that help to protect the most vulnerable.”

Trump's decision to pull the US out of the deal that aims to lower global greenhouse gas emissions was met with strong criticism from various quarters across the world.

Guterres had said it was crucial for the US to remain a leader on environmental issues and that he looked forward to engaging with the American government and all other actors in the US and around the world to build the sustainable future for our children and future generations.

Under Article 28 of the Paris Agreement, a party may withdraw at any time after three years from the date on which the Agreement has entered into force for that party, and such withdrawal takes effect upon expiry of one year from the date of receipt by the Depositary of the notification of withdrawal.

The US accepted the Paris Agreement on September 3, 2016 and the Agreement entered into force for the United States on November 4, 2016.

They said Biden understands the urgency of the climate crisis, and "we are elated" that the administration is taking quick and decisive action to reenter the Paris Agreement on Day 1, and to accelerate American climate action. "The Alliance stands ready to forge a new kind of state-federal partnership – for the good of our country, our climate, our economy, and our future generations.”

Climate Mayors, a bipartisan network of over 470 US mayors working to combat climate change through actions in their communities, applauded Biden's decision to rejoin the Paris Agreement.

May Boeve, Executive Director of advocacy group 350.Org, said re-joining the Paris Agreement is a vital first step for the US to show global climate leadership, but there is a need to go beyond that. “This is our time to go big,” Boeve said.