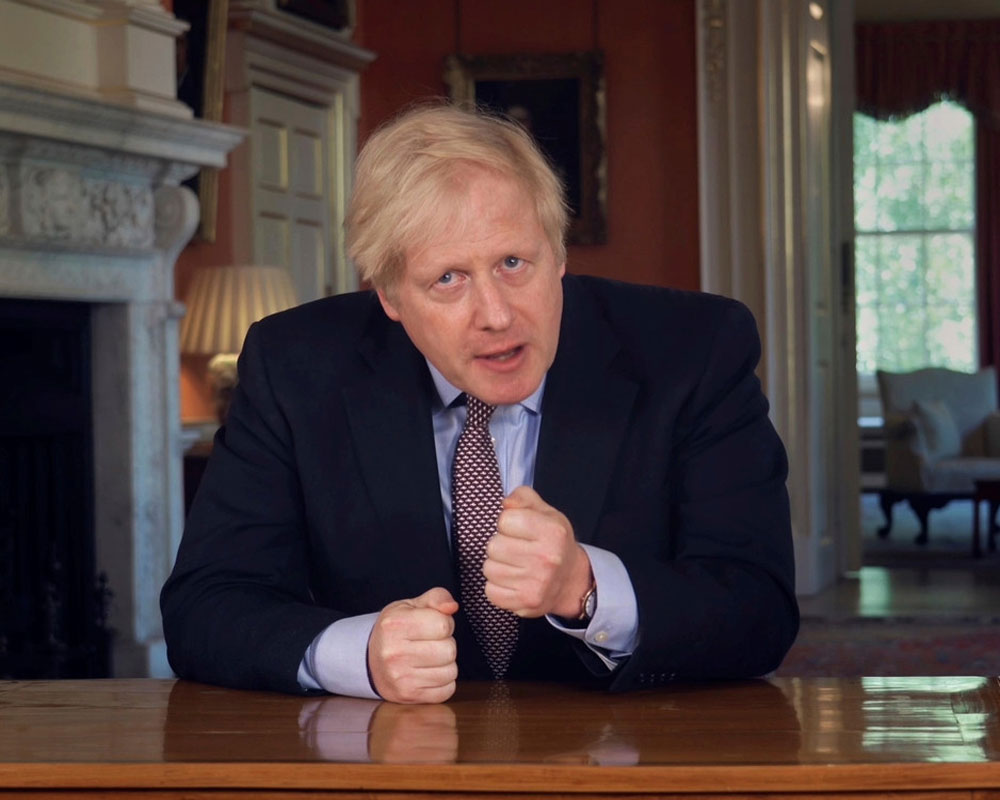 UK Prime Minister Boris Johnson on Thursday warned that COVID-19 cases and hospitalisations are "very clearly" on the rise in the country and that he continues to assess the vaccination data to decide on whether to end all lockdown measures by June 21.

Speaking in Cornwall ahead of the G7 Leaders' Summit, Johnson told reporters that arguments continue to be made “one way or another" as to whether all restrictions can be lifted as planned. The government is due to make an announcement on the planned unlocking on Monday.

"What everybody can see very clearly is that cases are going up and, in some places, hospitalisations are going up,” said Johnson.

"What we need to assess is the extent to which the vaccine rollout, which has been phenomenal, has built up enough protection in the population in order for us to go ahead to the next stage," he said.

Scientists are broadly agreed that the UK may be at the start of a third wave, caused by the Delta variant – the highly transmissible B1.617.2 variant of concern (VOC) first identified in India. The size of that wave depends on how effective vaccines are at protecting people, with both doses of a COVID-19 vaccine found to be more effective against the Delta VOC than just one.

"The reason we've been doing the steps on the roadmap with five-week intervals is to give us time to look at all the data as it comes in and assess the state of the pandemic before we go forward to the next step. So on Monday that four-week period will be up – and we'll look at where we are," said Johnson.

On Wednesday, another 7,540 people tested positive for COVID-19 – the highest since end-February. There were also a further six COVID deaths, with a total of 1,024 people now being treated in hospital with the deadly virus, up 69 in a week.

Meanwhile, enhanced testing and vaccination measures are being rolled out in the Delta variant hotspot areas of north-west England.

“Getting the vaccine gives a strong level of protection against this variant and I strongly recommend that everyone gets the jab when the NHS invites you – it will protect you and your loved ones,” said Dr Jenny Harries, Chief Executive of the UK Health Security Agency.

According to the agency, effectiveness against symptomatic disease from the Delta variant is similar after two doses compared with the Alpha variant – or the B.1.1.7 first identified in Kent region of England, and even higher levels of effectiveness are expected against hospitalisations and death.