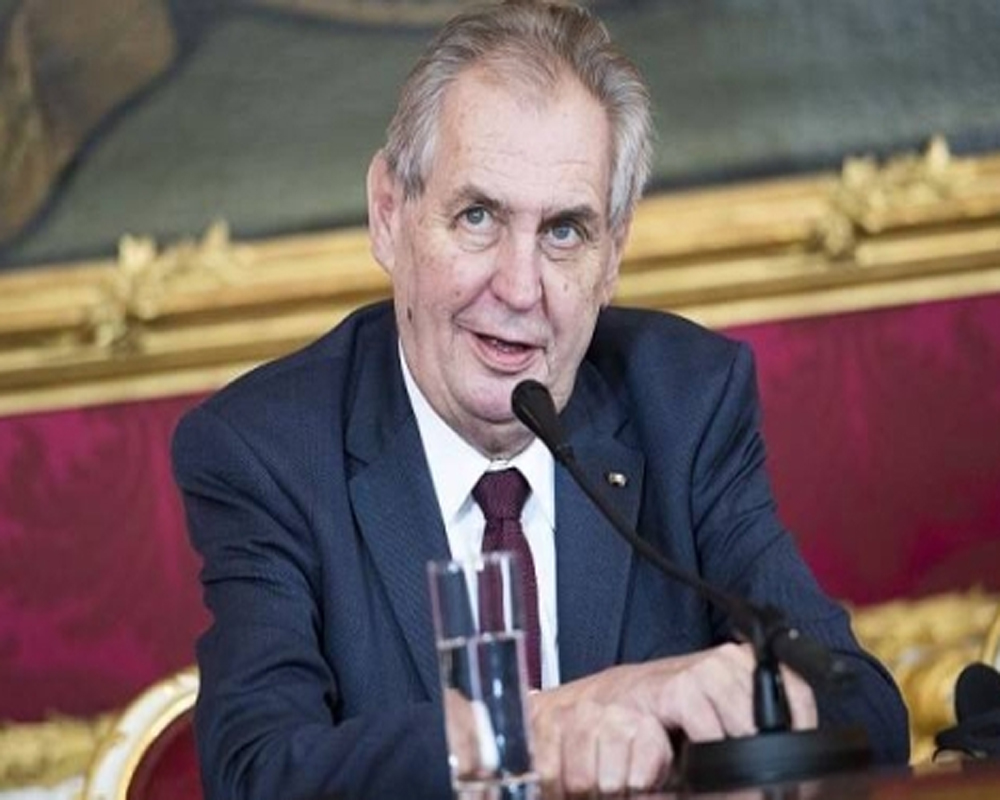 Czech President Milos Zeman was readmitted to hospital after he tested positive for COVID-19, just hours after he had been discharged following more than a month's treatment for an unspecified illness.

The presidential office said Zeman was tested after he arrived at his official residence in Lany, west of Prague, in the afternoon Thursday. His official programme was postponed, and it was unclear whether Zeman would be able to swear in the country's new prime minister as scheduled Friday — a process already long delayed due to his previous hospitalisation.

He had been discharged from the Prague military hospital earlier in the day.

Zeman, 77, was rushed to the hospital on October 10, a day after the election for the lower house of parliament, to be treated in an intensive care unit. His condition was attributed to an unspecified chronic disease.

The hospital said Thursday it would have preferred Zeman to remain hospitalised, but accepted his decision to leave due to a “significant improvement" in his condition.

The president had planned to recuperate at Lany.

Zeman is a heavy smoker and drinker who has suffered from diabetes. He has trouble walking and has been using a wheelchair.

As president, Zeman has a key role in establishing a new government following the election. On Friday, he had been scheduled to swear in Petr Fiala, the leader of a coalition that won the election, as the country's new prime minister.

A three-party, liberal-conservative coalition known as Together, composed of the Civic Democratic Party, Christian Democrats and the TOP 09 party, led in the election with a 27.8 per cent share of the vote.

Together teamed up with a liberal coalition made up of the Pirate Party and STAN — a group of mayors and independent candidates — which came in third place with 15.6 per cent.

The new partnership will hold 108 seats in the 200-seat lower house of Parliament, relegating populist Prime Minister Andrej Babis and his centrist ANO (YES) movement to the opposition.

The five parties have signed a deal to rule together. It wasn't immediately clear when Zeman might appoint Fiala and his entire government.